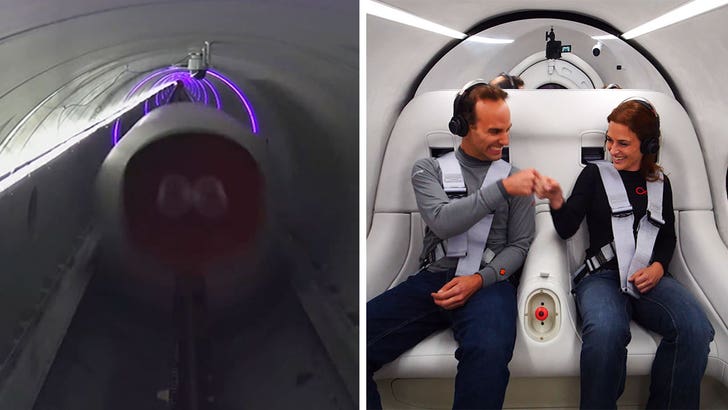 One day, we’ll be able to zip through tubes at super-fast speeds like “The Jetsons” — and that day is coming sooner than later thanks to Sir Richard Branson‘s company … which just tried it out with humans.

Virgin Hyperloop announced Monday it had successfully tested a Hyperloop ride with a couple of passengers — 2 company execs — over the weekend out at their Las Vegas test site.

The track — which is, in fact, completely tubular — only runs about 500 meters or so, and because of that … the pod was only able to reach up to 100 MPH.

Normally, according to techy lore, a full-blown hyperloop track should (theoretically) be capable of firing down a cylinder at around 600 MPH — which is faster than a freakin’ airplane. Unfortunately, this test didn’t quite get there … but by all accounts, it was a huge first step. 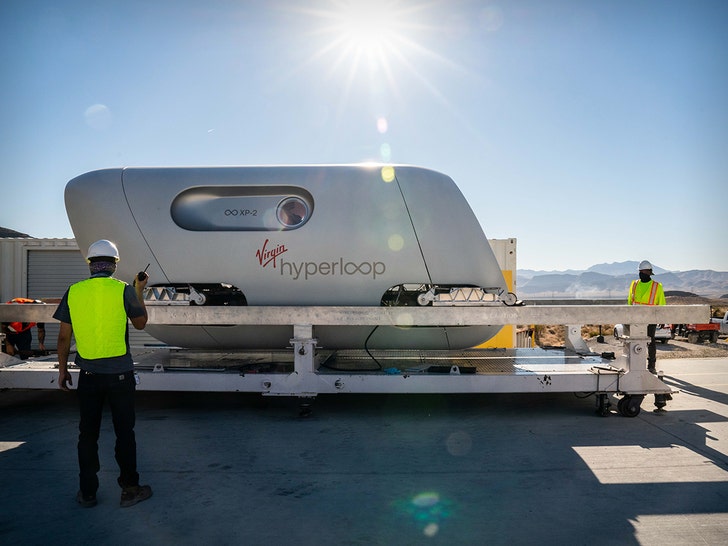 If you’re unfamiliar with what a hyperloop system is exactly, it’s basically propelled by magnets — with zero friction on the vehicle you’re actually traveling in. So, in other words, you’re pretty much hovering … and because of that, sky’s the limit as far as speed. Again, in theory.

There are other companies and wizzes that have eyed getting into the hyperloop market — like Elon Musk, for example — but with Virgin … it seems they’re the first ones through the gate on this endeavor. There’s other hyperloop-like tech already in use in places like Japan and Germany … where some of their train systems use magnetic tracks.

It’s not quite like this though, and if Virgin continues to roll out passenger tests with more success — not to mention building out their track for faster speeds — it could open a whole new mode of transportation, the likes of which we’ve never seen but were always promised.

The future is here! Almost.