Volkswagen Polo is one such car that is loved by almost everyone around the world. German car manufacturer Volkswagen has been present in the country for a long time and the affordable Polo hatchback has been one of the most popular models from the brand. It is also one such car that is popular among those who love modifications. The Polo is a great project car and have seen several experiments on this premium hatchback. Here we have one such tastefully modified Volkswagen Polo 1.5 litre diesel that generates a maximum of 200 Bhp.

The video has been uploaded by Race Concepts on their youtube channel. The video simply shows what the diesel motor of a Volkswagen Polo is capable of doing if it receives the right upgrades. The Polo seen in the video looks all stock from outside. The only noticeable changes on it are the new aftermarket black alloy wheels that add character to the car. No one would believe that this sober looking car generates 200 Bhp. The video explains what all changes or modifications have been done to get such results.

Also read: How this accident scene involving the Volkswagen Polo was shot (Video)

Starting at the front, it gets a front mounted intercooler, a larger turbo, custom plumbing for intercooler and BMC carbon cold air intake along with a custom turbo muffler. The car has also gone through Stage2 plus remap and a piggy back controller. Coming to the side profile, it now runs on 17 inch black alloy wheels. It is now installed with a full set of K-sport coilovers. 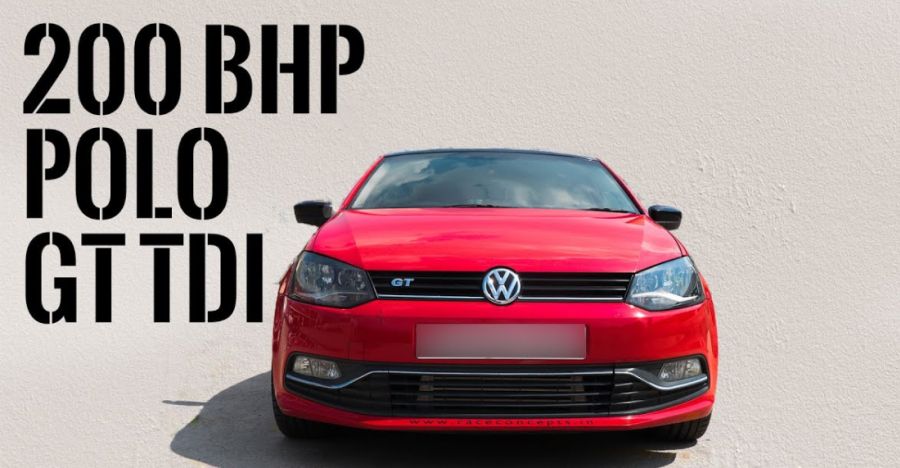 Overall, the car looks very simple and as mentioned above, no one would believe that it generates 200 Bhp under the hood. The car sounds normal too. The presenter takes it for a spin and the car sounds exactly like a regular diesel Polo at lower rpms and opens up as the RPMs go up. The engine had become more rev friendly after these modification and that was clearly noticeable in the video.

51 thoughts on “This Volkswagen Polo Diesel makes 200 BHP, & is an absolute SLEEPER [Video]”