Rakesh Babu from Kerala became popular on the internet, after he made a miniature model of the iconic Volkswagen Beetle. In that model, he used an engine from an old Suzuki Samurai motorcycle. He has also made couple of videos regarding certain modifications on bikes and cars. He was working on a new project for quite some time and it is finally finished. The vlogger has now finished the work of his latest creation, a miniature RX100 motorcycle that actually works and uses a chainsaw engine.

The video has been uploaded by sudus custom on their youtube channel. vlogger had started the work on this particular project for sometime ago and has now finally finished it. The video shows a miniature replica of the iconic RX100 which is built from scratch. The vlogger who is also the brains behind this, explains the whole process.

He initially made the chassis of the bike using Galvanised Iron pipe. The crash guard was made using stainless steel pipes. The handle bar of this mini Yamaha RX100 is taken from an old Hero Splendor. The front and rear turn indicators, the fuel tank, side panels were all made from scratch. The instrument cluster was again a unit that was taken from an old RX100. The front and rear mudguard are from a bicycle. 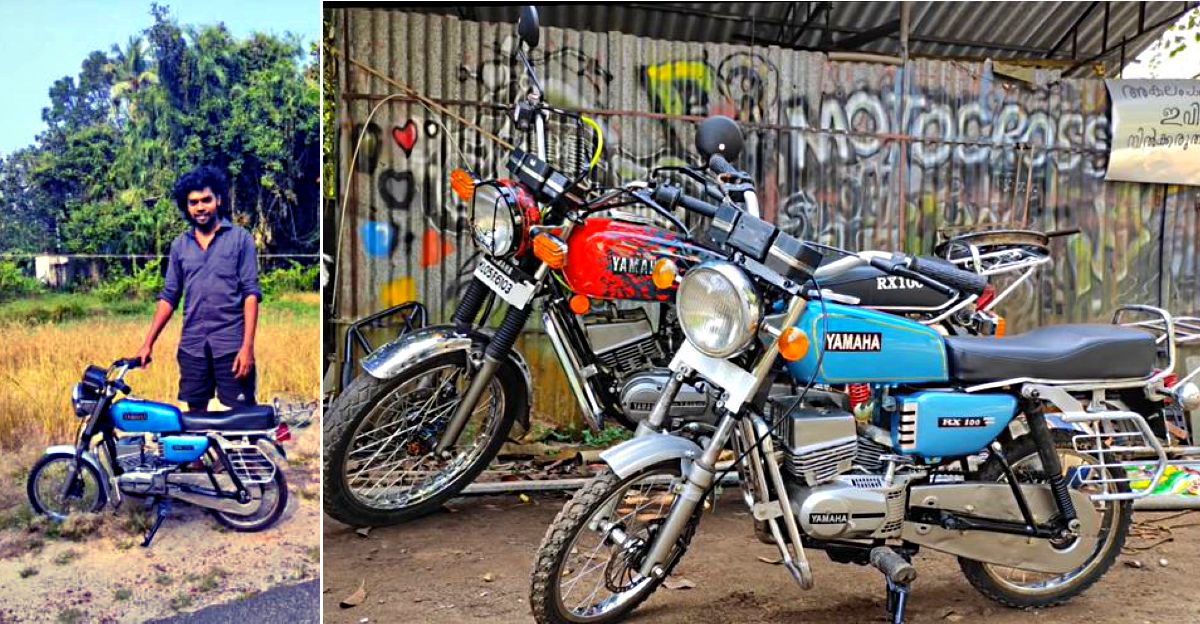 Rakesh Babu had already shown in older videos how he had made the fuel tank and other components. Once they were all ready, the vlogger used filler and spray painted it in metallic blue colour. The chassis was given gloss black paint and the engine case and the chain case (which is from a cycle) was also given a metallic silver finish. It gets a disc brake from a cycle at the front and drum brakes for the rear.

The engine on this RX100 is from a chainsaw and all he had to do was just remove some parts to get the desired shape. There is no kicker mechanism and will have to be started using the pull cord in the engine. The engine was connected to an exhaust that was made from stainless steel. The rear suspensions on this miniature RX100 is functioning and was borrowed from a Honda Activa scooter. Rakesh has paid attention to detail and has done an outstanding job. He has made sure that all the elements that were normally seen in an RX100 are included in the miniature version. Even the seat has that beading which was normally seen in RX100 during the. Overall, the finished product looks fabulous and vlogger has definitely done a great job in building a miniature RX100.