The muscle car era may have actually started earlier if the factories had not gotten themselves all wrapped up in the sham of the thing known as the “racing ban” in the middle and late 1950s. With all of the big American car companies signing a pact not to be directly involved in racing, the development of high performance cars and engines was done clandestinely and in very small volume. Had everyone been going full bore and out in the open with this stuff the swell of awesome cars that hit starting in the front half of the 1960s may have really sprung up earlier. We’ll cite this intake manifold as a piece of evidence on that front.

Ford was getting the stuffing beaten out of it in the realm of NASCAR racing mostly by GM but by 1957 it was also starting to look like a weak fiddle behind Chrysler as well. Ford’s problem is that they actually held to the ban more than anyone else and that shunted its high performance offerings and therefore its racers ability to compete because they did not have the best equipment available. The advent of the 368i version of the Y-block gave them a little hope because on cubic inches alone it was a larger engine and by the time that mill was coming, Ford was starting to show some willingness to play around the rules of the ban as well.

This intake manifold was available for special order through dealer parts department connections but it was also standard equipment for any stock car racer who was planning on running a Mercury on the short or long tracks of the country. As best we know you could not order a Mercury with this intake manifold on it and the majority of them ended up with racers who were building engines for competition. Bill Stroppe got his hands on some of these babies and built engines using the Lincoln’s higher compression pistons, solid lifter cams, heavy duty valve springs, special exhaust manifolds, and every other racing tweak in the book. By the time he was done the engines had nearly 11:1 compression and were making on the order of 340hp or more in race trim. The bad news is that outside of a couple fleeting successes, the engines were not successful on the track and Ford’s supercharged 312i Y-block both our ran the larger mills and also stole all of their headlines.

The manifolds used by Stroppe when he was building these engines had numbers stamped in them to correlate them to the engines they belonged with. One of those things would likely make the net $3,500 asking price for this one look like pennies and since this one does not have it we are going to assume it was bought and put on a street car or maybe raced by a small team.

This is a neat and rare piece of factory performance hardware that was manufactured during an era when the factories were doing a really bad job of pretending that they were not in the performance business. Cool, right? 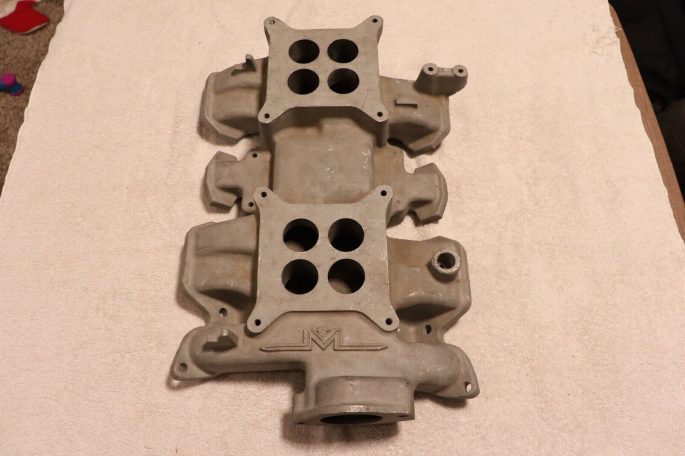 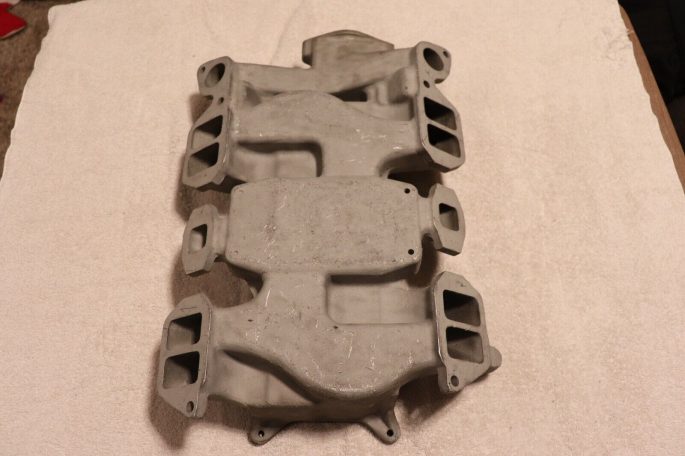 The post Big Dollar Power: This Factory 2×4 Intake For A Mercury 368 Y-Block Is Ultra Rare appeared first on BangShift.com.