Royal Enfield has a slew of motorcycles lined up for the Indian market in the coming months. The first of them is the much-awaited Royal Enfield Meteor. After the images of the all-new Meteor were leaked multiple times while testing. Now Royal Enfield has announced that the new motorcycle will be launched on 6th November. Before the official launch, multiple pictures of the bike have surfaced online that reveals all about the bike. 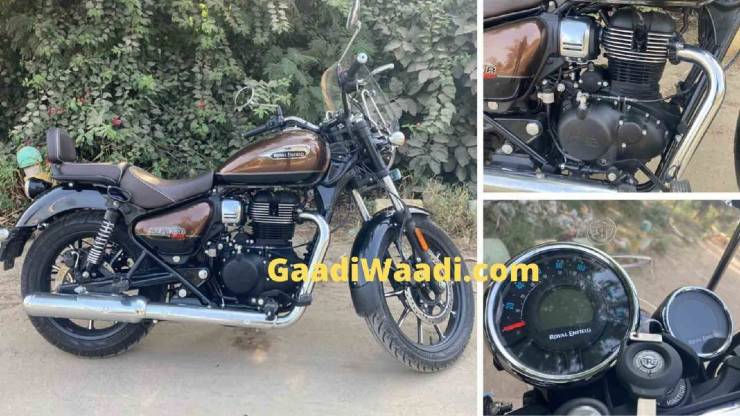 While Royal Enfield has officially released the teaser images of the Meteor, here are the pictures of the bike from GaadiWaadi. The bike will be available in three variants – Fireball, Stellar and Supernova. There are only visual differences and a few differentiating features that make each of them unique. The Meteor will replace the Thunderbird and the Thunderbird X variants from the model line-up. 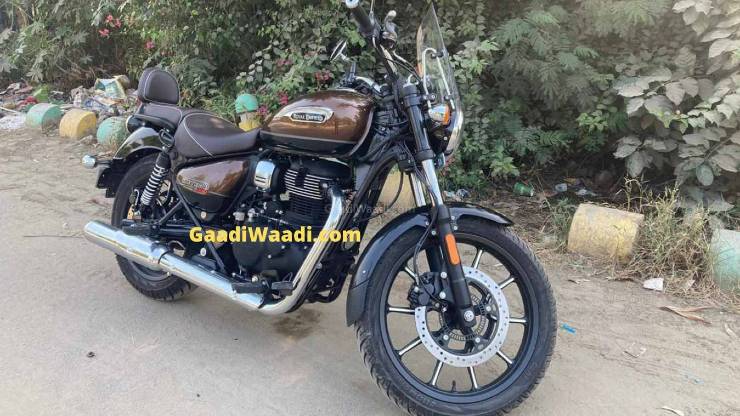 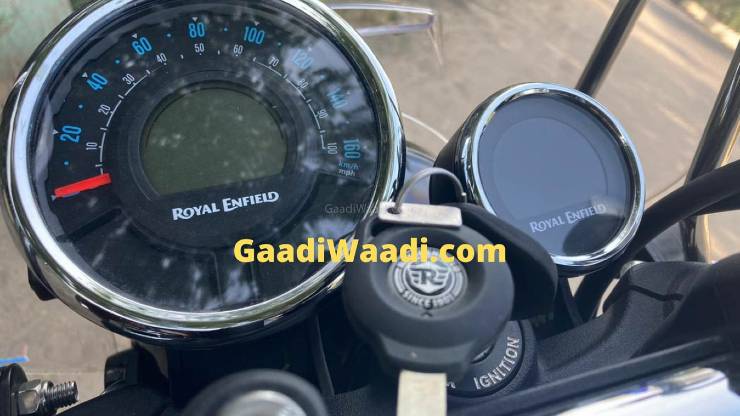 The pictures reveal that the Meteor will offer many more features compared to the Thunderbird. The first feature that catches your eye is the LED DRL on the classic round-shaped headlamp. Also, the body panels are also very different looking than the Thunderbird. Moreover, there are circular mirrors, tall handlebars, hybrid instrument cluster with analogue and digital panels. There is also Bluetooth connectivity option which is known as the Tripper Navigation. It will be standard across the range of bikes.

The bike will come powered by a 349cc, single-cylinder, air-cooled, fuel-injected engine that produces a maximum power of 20.2 PS while the peak torque is 27 Nm. Royal Enfield has also updated the transmission, which has lesser parts than the Thunderbird. Royal Enfield is trying moving towards to high-reliability products and this will help the brand to achieve the same. The price of the bike is not known yet. However, taking the price of the Thunderbird and Thunderbird X into consideration, it is likely to be priced at around Rs 1.7 lakh.