Kia Seltos was launched in the market earlier last year and it quickly became popular among buyers for various reasons. It is now now of the popular mid-size SUVs sold in the country that competes with cars like Hyundai Creta, MG Hector, Tata Harrier in the segment. Kia has sold over one lakh units of Seltos in India in just over an years time and is now a common sight on our roads. The Seltos is available with variety of engine and transmission options and here we have a video that shows a vlogger conducting load test in his own Kia Seltos SUV.

The video has been uploaded by Arun Panwar on his youtube channel. The vlogger has couple of farms and the crop is ready to be harvested. He is asked to carry all the grains that are harvested in the Kia Seltos. This will give him an idea of how much load can the SUV carry. The vlogger has the base variant diesel Seltos and before loading he shows the 433 litres boot space in the car. Once he has shown that, he along with the help from another person pick sacks filled with grain and start putting it inside the car.

They have a total of 11 sacks that are supposed go inside. Vlogger places to sacks on the floor of rear seats and then folds the seat to generate more room. Once the seats were down all the other sacks were placed inside and the car’s height had gone down because of the weight. The vlogger then gets in the car and drives it. He wanted to check whether putting so much load at the back would affect the performance of the car. 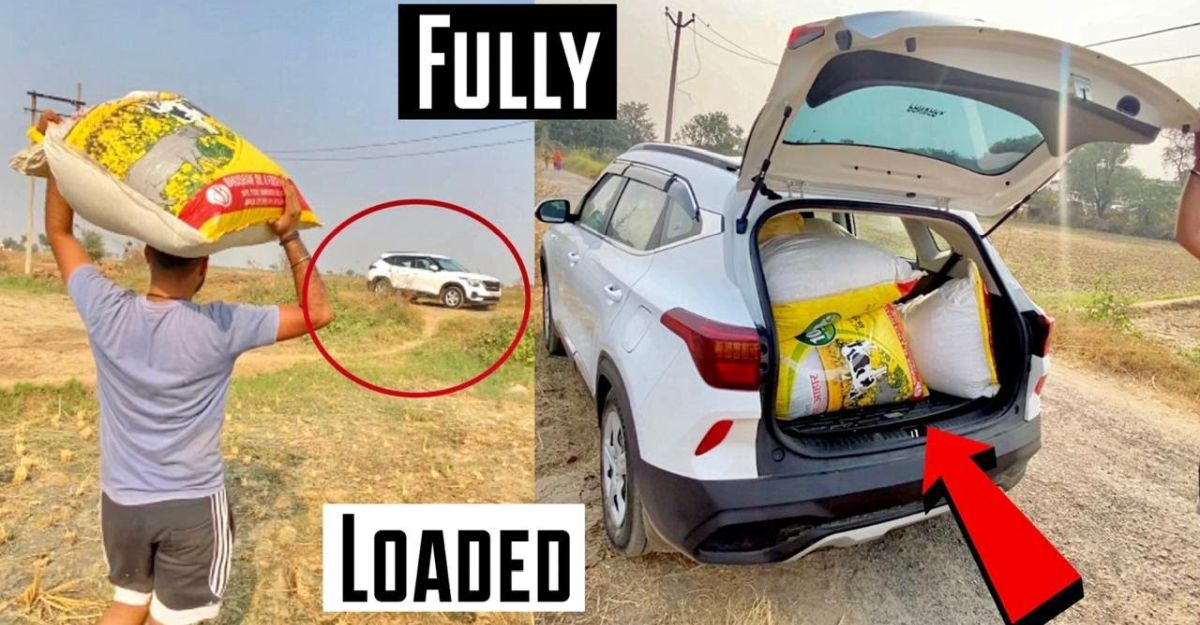 The vlogger was driving the 1.5 litre diesel variant of Seltos with a manual gearbox. Diesel engines are known for their torquey nature and the Seltos’ engine was not exception. It smoothly pulled all the weight and the vlogger can be heard saying that the Seltos is doing it effortlessly. Once he reaches his house, he even drives it up a ramp with all the weight and the Seltos did that smoothly too. The weight of the sacks was so much that the rear wheels were barely touching the wheel arch. While driving with so much load in the boot, it is always recommended to drive slow as there are chances of getting the car out of control. This was done as part of an experiment and we do not recommend doing it at home.

6 thoughts on “Kia Seltos load test: How much can the compact SUV carry [Video]”