Kia Motors entered Indian market last year and received an overwhelming response from the customers. It is now one of the top selling brands in our market. Their first product Seltos was so successful that Kia managed to sell almost 1 lakh units in just one year. Kia also has luxury MPV Carnival and sub-4 meter compact SUV Sonet in their line up in India. The Seltos is now a very common vehicle on our roads and several modifications and aftermarket accessories have also started coming in the market. Here we have a video of a Kia Seltos which has gotten a CNG kit installed. It is probably the first Seltos in the country to get this set-up.

The video has been uploaded by cngMarutiautogas Cng on their youtube channel. The installation has been done by Maruti AutoGas and they have installed similar government approved CNG kits in many other vehicles in the past. The video shows the car, which is probably India’s first Kia Seltos to get this treatment. video shows all the wiring and the components that were installed under the hood. The video also shows the gas cylinder that is placed in the boot. Even after having a cylinder at the rear, decent amount of space is left in the boot.

The Kit used in the Seltos is from Zavoli Bora, which is an Italian brand. Maruti Autogas is also the all India distributor for this brand. They have installed S32 sequential kit in this Seltos. Normally, a car with four cylinder engine will get four injectors but, here in this Seltos, the number of injectors placed are 8. This helps reduce the lag that is normally felt in a CNG vehicle and improve the performance. 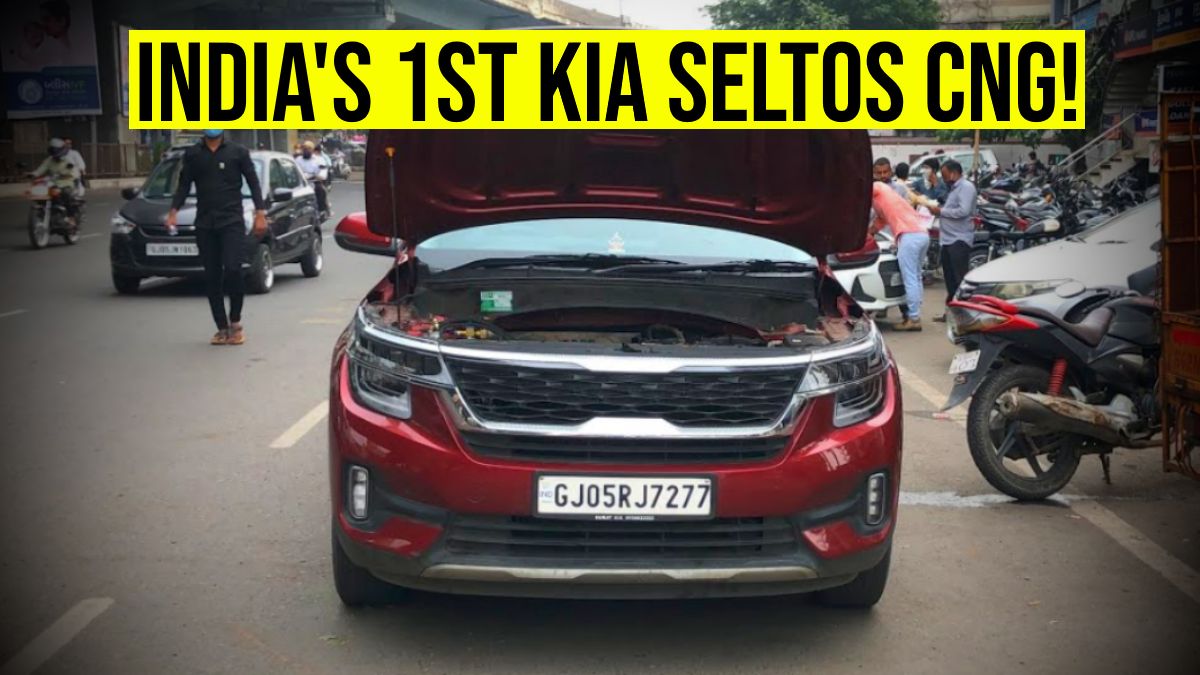 The video does not show the installation part but, looking at the final product, it seems like, they have done a pretty good job of it. Also, the video does not show how the Seltos performed after installing this 8 injector sequential CNG kit. The approximate cost of installing this kit into the Seltos was Rs. 50,000. The 8 injector set up can be installed on other vehicles but, the prices will be higher than the regular ones. Do note that installing an aftermarket CNG kit will void engine warranty. In case of this  Seltos, Kia Motors will not honour the factory warranty..