The video has been uploaded by km77.com on their youtube channel. They have uploaded similar videos in the past. In this test, the driver swerves the car from right to left avoiding the cones that act as an obstacle that driver faces while on a highway. This test gives a fair idea of how the car will actually behave when the driver performs an emergency lane change maneuver after he spots an obstacle like animal or a car in front of him. Here in this test, instead of cars and animals, here the driver has to avoid the cones.

Multiple runs are done at different speeds to know the behaviour of the car. The driver initially starts at 72 kmph. This was the first run and the driver has no idea about how the car is going to behave. The car crosses the cones and smoothly does the lane change maneuver without any drama. This gave driver a bit more confidence and in the other runs the speed limit was increased. 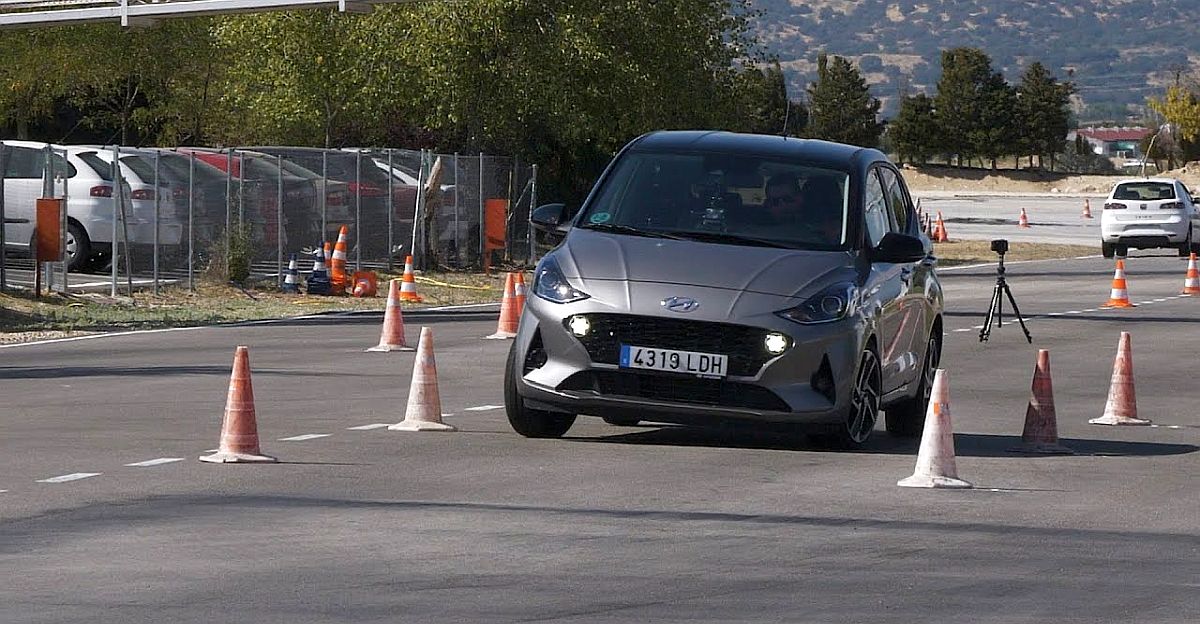 The car completed the test without touching any of the cones at the speed of 72 kmph. In next round, the speed was set to 77 kmph and the car smoothly clears the section once again. This run was not considered successful because the car had hit one of the cones at the first section. Other runs at 78 kmph and 80 kmph also exhibited similar results. The car was hitting one cone every time but, the driver never felt that the car was out of control. At every speed, the car was performing brilliantly. In short, the only time, Nios had successfully completed the section was at the 72 kmph. Apart from that, the driver was pretty impressed with the way how Grand i10 Nios was holding on without loosing grip.