Mahindra launched the all-new Thar in the Indian market earlier this year after a long wait. The all-new SUV has received more than 15,000 bookings as per the official data and Mahindra is yet to start the delivery of the all-new Thar. Force Motors is also working on the all-new Gurkha, which was earlier expected to be launched in this year. However, due to the COVID-19-related delayed, the launch has now been pushed to the next year. Even the current-generation Gurkha, has a huge fan following and is a highly underrated SUV. But how does it compare next to the Thar when it comes to street presence? Joonu Maju Balakrishnan parked the old Gurkha next to the all-new Thar and has uploaded pictures on 4X4 India Group. This is how they look next to each other. 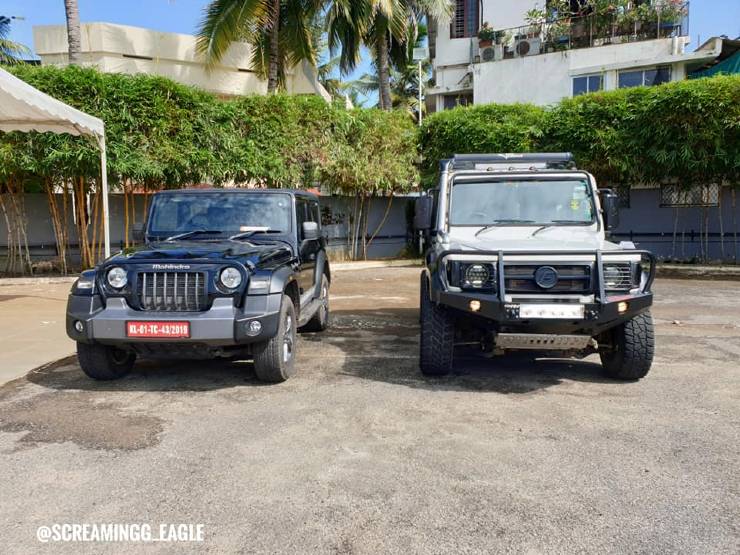 This Force Gurkha is not stock. However, it seems that the suspension has not been updated or lifted. Only bigger 33-inch tyres have been installed, which adds a taller look. However, even compared the specifications of the stock vehicles, the Gurkha seems to be towering over the Thar! The Force Gurkha is available in both three-door and five-door variants. The Mahindra Thar is available only in a three-door format currently. The Gurkha seen here is a three-door version, similar to the Thar.

The Force Gurkha three-door has a length of 3,992mm, a width of 1,790mm and height of 2,055mm. Comparing the Thar’s specifications, it has a length of 3,985mm, 1,820mm wide, and 1,844 mm of height for the hardtop version. The Force Gurka is narrower than the all-new Thar but it is much taller, which adds a monster look to the SUV. Even the taller version of the Mahindra Thar, the soft-top version gets a height of 1,920mm, which remains shorter than the massive Gurkha’s 2,055mm height.

Force is working to launch the all-new Gurkha and after showcasing the vehicle at the 2020 Auto Expo, Force Motors is currently testing it on the roads. Both the SUVs take on each other directly in the market but Thar seems to have better popularity because of a wider service network and a lot of other reasons too. 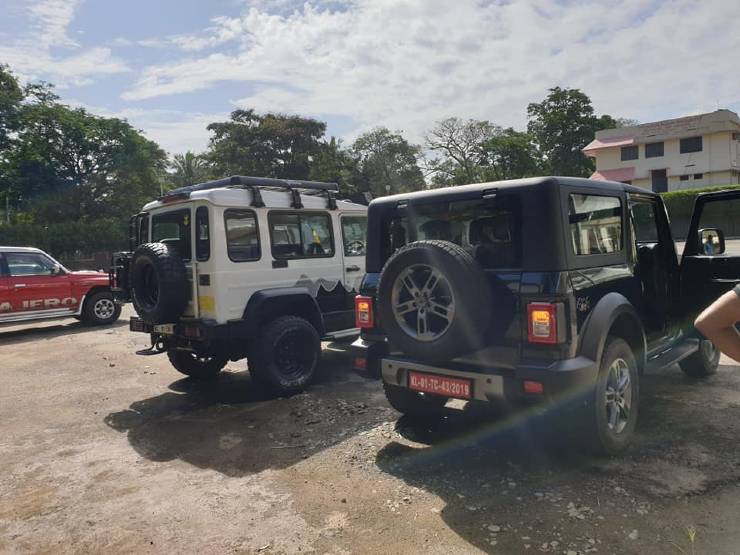 Both the vehicles get the 4X4 drivetrain with low-ratio transfer case. However, the all-new Mahindra Thar also offers a petrol engine and an option of an automatic transmission with both the fuel types, which makes it more appealing to a wider range of customers. Mahindra has worked to make the Thar as much as a family-car as possible. It has also received front-facing rear seats for the first time and a lot of creature-comfort features like an infotainment system, climate control system, bottle holders and more.

895 thoughts on “New Mahindra Thar DWARFED by a Force Gurkha: Just the angle or camera?”