Honda launched the all new H’Ness cruiser motorcycle in the market few weeks ago. Honda is selling it as a premium offering and is currently being sold via Honda’s Big Wing dealerships. The Honda H’Ness competes with motorcycles like Royal Enfield Classic 350 and Jawa in the segment. Honda has started the delivery of H’Ness or Highness and here we have a video that shows how the bike performance in real world conditions and he also checks out the top speed of the motorcycle too.

The video has been uploaded by Abhinav Bhatt on his youtube channel. The vlogger is one among those who has taken delivery of Highness in the first lot. In the video, the vlogger takes the motorcycle out on short trip to check how the bike performs in real world conditions. He was already impressed with the refined engine and gear shift of the Highness. The motorcycle was able to roll ahead without any throttle input from stand still in the first gear. It was maintaining a speed of 18 kmph.

He then takes it on a straight stretch of roads to check the performance. The bike felt very refined and there were nor vibrations on the handlebars or foot pegs. the mirrors were vibrating a bit but, it was not that aggressive too. The vlogger can be heard saying in the video that the bike touches 100 kmph mark very easily but, the sweet spot for cruising all day would be right above 90 kmph. Overall, the vlogger managed to take the bike to 115 Kph, and felt it has some more speed in reserve. 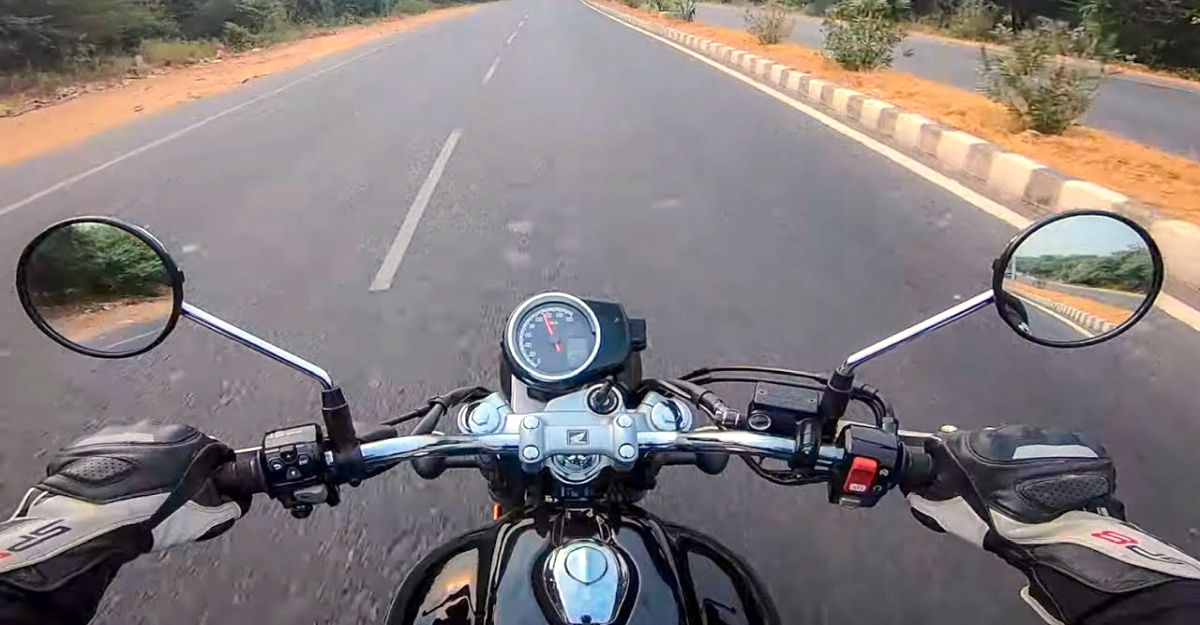 He does not ride the bike aggressively because it has done only 22 kms on the odometer. The vlogger then tries to check the top speed and does about 150 kmph mark on the speedo. He says, the top speed might be less because it is a new motorcycle. The result might differ after its first servicing.

Honda H’Ness is a retro looking motorcycle with all LED headlamps, tail lamps and turn indicators. it gets features like switchable traction control, semi digital instrument cluster with Blueetooth connectivity and so on. It is powered by a 348-cc, single cylinder, fuel-injected, air-cooled engine generating 20.8 Bhp and 30 Nm of torque. Price for Honda H’Ness starts at Rs 1.85 lakh, ex-showroom and go up to Rs 1.90 lakh, ex-showroom.