Hector was the first SUV to be launched in India by MG Motors and that has played a huge role in making this brand quite popular in our country. It became popular because of its looks, feature loaded cabin and an attractive price tag. Hector when launched was so popular that it had long waiting periods and MG even had to stop accepting bookings as they were not able to manufacture so many of them. Hector is now a very common sight on our roads and we even have beautifully modified ones in the country too. Here we have one such MG Hector that gets minimum modifications but looks extremely good on the road.

The video has been uploaded by Tech Travel Eat by Sujith Bhakthan on their youtube channel. He was one of the first customers of MG Hector SUV in Kerala and in this video he is collecting his Hector from the dealership that he had dropped for the period servicing. Along with the servicing, he has done certain modification to the Hector at the service station itself. He got his Hector modified from the service centre itself. The modifications were not something wild or did not make Hector un-recognisable but, it did gave the SUV a distinct look. 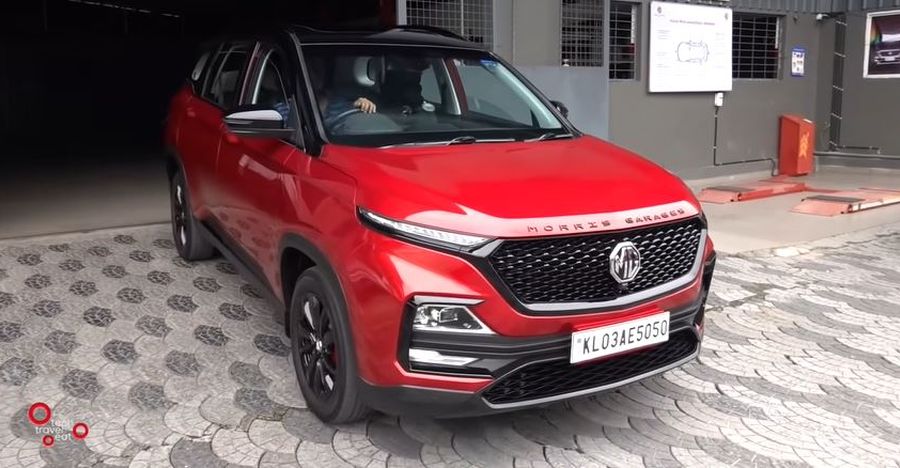 Similar modifications are seen at the rear as well. The lower part of the bumper used to get a silver coloured skid plate and that has also been blacked out to go with the overall theme. The SUV has not received any other modifications. Although, the changes made are quite simple, the impact that they have on the final product is just immense. The black treatment has definitely given it a butch and SUVish stance and looks neat too.