Motor homes or camper vans are quite popular in western countries and have number of manufacturers building such vehicles for the customer. In India however things are the opposite. There is very little demand for such vehicles and for that reason no mainstream manufacturer is into this space. For those who want a similar setup, we rely on ‘jugaad’ that saves us a lot and provides the same level of comfort. Here we have one such video where a humble Maruti Suzuki Eeco van has been converted into a camper van with bed and kitchen setup.

The video has been uploaded by Life2Explore on their youtube channel. The vlogger basically walks us through the modifications that he has done to his Eeco to convert it into a camper van. He purchased a new 5 seater Maruti Eeco for this purpose because the 6-seater version did not offer air conditioning. He removed the stock seat and moved it back to generate more space inside. The seat was now sitting on a wooden box with cushion on top. The backrest of the stock seat was attached to the wooden box.

Right behind the driver and co-passenger seat there is another box which acts as a storage space for things when he is on the road. There are wooden planks that easily fit between the seats and acts as a bridge so that the seats can be converted into a bed easily. The Eeco can easily accommodate up to 4 people where 2 people can sit in front and 2 can sleep at the rear. 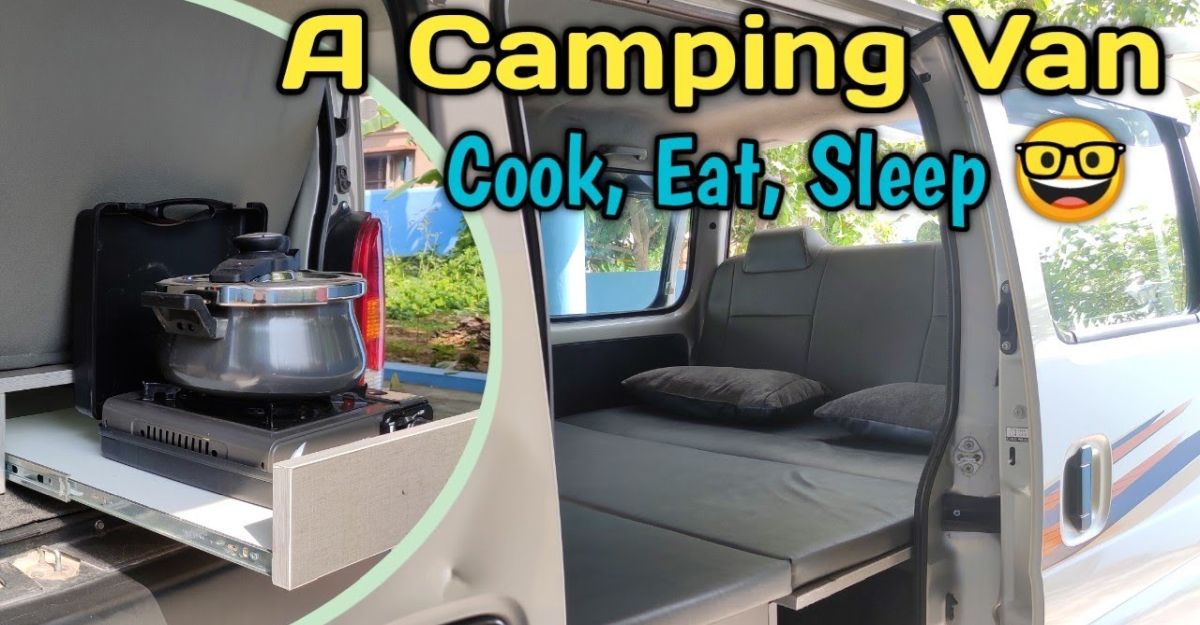 The vlogger loves travelling and that is why he chose to go for this set up. He even has a kitchen set up with a portable stove for cooking while he is on road trips. The owner did not approach any custom houses for this modification, instead he asked a carpenter to build this and it does look very neat. There are no changes made to the exterior of the van. It looks like a regular Eeco from outside until you step inside. The vlogger does not mention the time or the money spent on building this Eeco camper van.