Kia recently launched their third product Sonet SUV in the Indian market. Prices for Kia Sonet start at Rs 6.71 lakh and go up to Rs 11.99 lakh, ex-showroom. Kia Sonet is a sub-4 meter compact SUV and competes with cars like Maruti Brezza, Hyundai Venue, Tata Nexon, Mahindra XUV300 and Ford EcoSport in the segment. Just like Kia Seltos, Sonet has also become popular quite quickly and is now becoming a common sight on our roads. People have already started making modifications to their Sonet as well. Here we have one such video were an HTX+ trim of Sonet is being convertes to top-end GTX+ model.

The video has been uploaded by Nakul Khanna- Whatsoever on his youtube channel. The video does not show what the final product looked like but, gave an idea about what all changes are being made to the vehicle. As this was HTX+ trim, it already came with allmost all the features that are available with the GTX+ trim. The modifications were done at Autobots and they had to make minor modifications only.

The main thing that differentiates Tech Line from GT Line is the red accents on it. There are red accents on the front grille, front and rear bumper, side cladding, alloy wheels and even on the inside. The HTX+ gets a silver finish in all those areas and a simple tiger nose grille. The modification house masks, the wheel cap with red wrap and the silver cladding on the side was also wrapped in red. Similar treatment is given to the rear bumper as well. 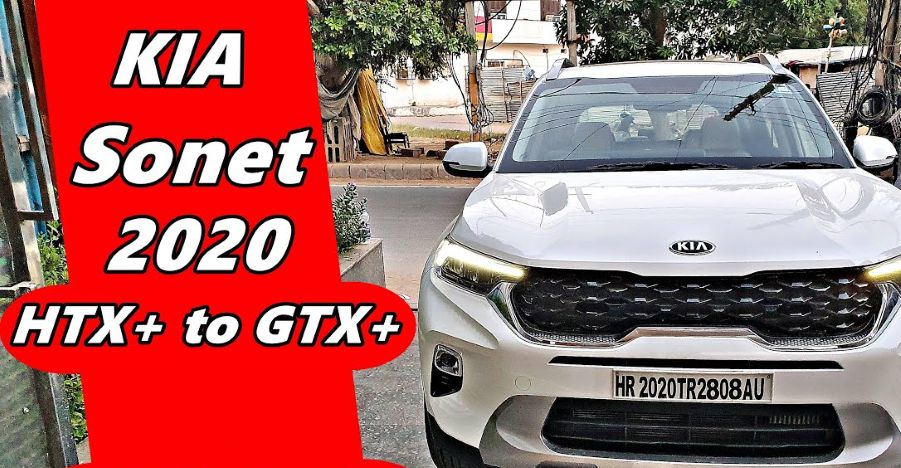 It is not known whether the owner will change or modify the front grille to justify the GT Line look. Similarly, if you have noticed closely, Tech Line and GT Line have a slightly different design for the lower part of the bumper. The lower portion in GT Line gets gloss black treatment instead of silver finish.