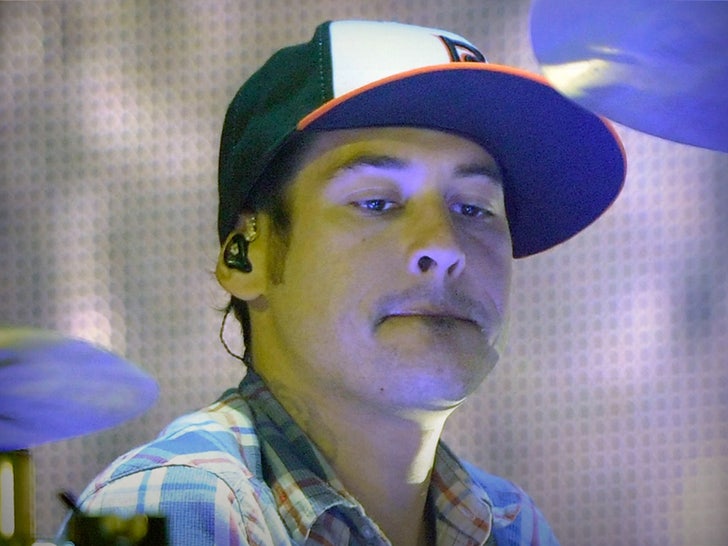 Incubus co-founder and drummer Jose Pasillas took a nasty spill on his bike thanks to a defective handlebar, and it’s wreaked havoc on his wrist and his career … so he claims in a new lawsuit.

According to the legal docs obtained by TMZ … Pasillas bought a brand new Specialized S-Works Tarmac bicycle from a high-end California bike company, Specialized Bicycle Components, near the end of 2015.

About 3 years later on Jan. 24, 2019 … he says he was out for a ride on the bike on Mulholland Highway in Calabasas, when out of nowhere the right handlebar broke.

According to the docs … the handlebar “disintegrated” and caused the front wheel and the bars to turn sharply, which threw the drummer over the top with his shoes still clipped into the bike pedals.

Pasillas claims he was traveling approximately 25 MPH when he got thrown and landed on the road mostly on his hands — which he says took the brunt of the fall — but also on his left shoulder and knees.

The Incubus drummer claims he sought immediate medical care and learned he had a broken wrist, which he says required surgery to repair.

Pasillas claims he suffered severe injuries and has needed continuous medical treatment since the crash. What’s worse — Jose says his ability to drum for Incubus has been impacted and he’s lost money because of it.

He’s suing for negligence over the allegedly defective handlebar and wants reimbursement for his medical costs and other damages, including lost earnings.

We reached out to the bike company … no word back yet.