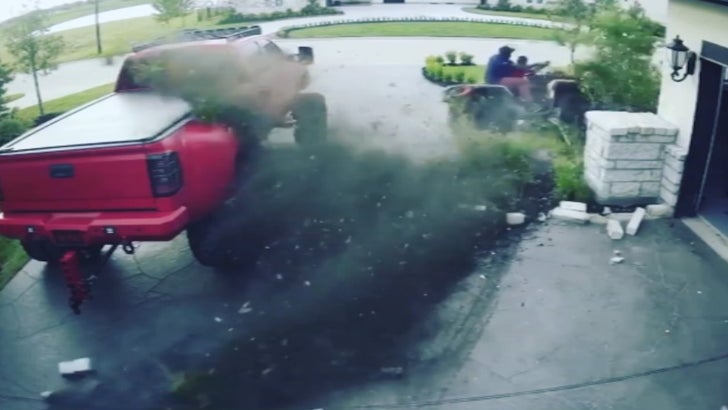 It is a MIRACLE neither Derrick Lewis nor his young son were injured in an ATV crash at their home … in an incident caught on video.

The UFC superstar pulled out an ATV on his driveway and invited his young son to sit on his lap … when things went terribly wrong.

The boy accidentally grabbed the handlebar, which caused the vehicle to accelerate — zipping right into a stone planter area.

Somehow, Derrick was able to maintain control of the ATV and kept it from flipping over — eventually bringing it to stop.

Neither Derrick nor his son were wearing helmets or any other kind of safety gear when the incident took place.

But, it’s clear the UFC community — a bunch of tough people — were rattled.

We reached out to Lewis to find out more about the incident — we’ll let you know when we hear back.

By the way, Lewis is reportedly gearing up to fight Curtis Blaydes on Nov. 28.

We reached out to Lewis to find out more about the incident — we’ll let you know when we hear back.