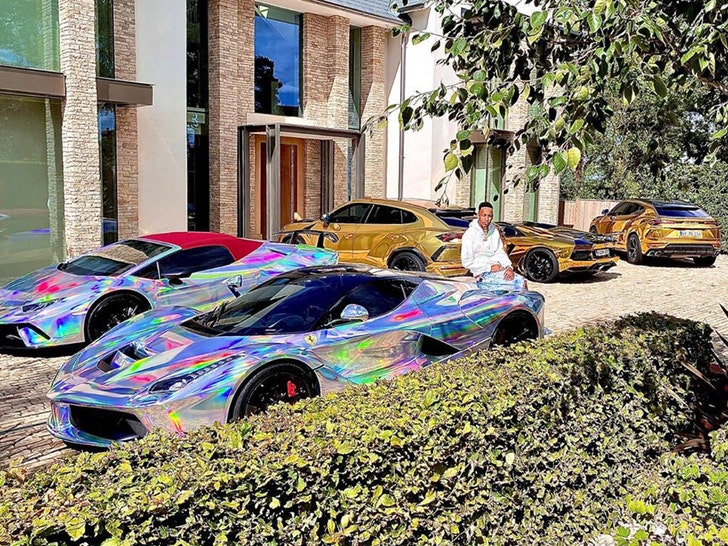 Arsenal superstar Pierre-Emerick Aubameyang and fast cars go together like peanut butter and jelly … and if you need proof, just look above!!!

The 31-year-old striker decided to flex on the ‘gram for his nearly 10 million followers recently … by posing next to his 5 favorite gold and chrome silver supercars.

Now, anyone who knows Aubameyang understands his passion for fast vehicles is no joke — he’s even got a $2.6 MILLION Ferarri.

Also, part of his carsenal (get it?!) includes FOUR different types of Lambos — an Aventador, a Huracan Spyder and two Urus.

Now, none of these cars are available for under $200k … but just by looking at the exterior, we’re guessing Aubameyang had a bunch of personal bells and whistles added to these puppies.

Oh, and did we mention he’s got a BUNCH of other cars — from an Aston Martin to an Audi to a Porshe and more?!? 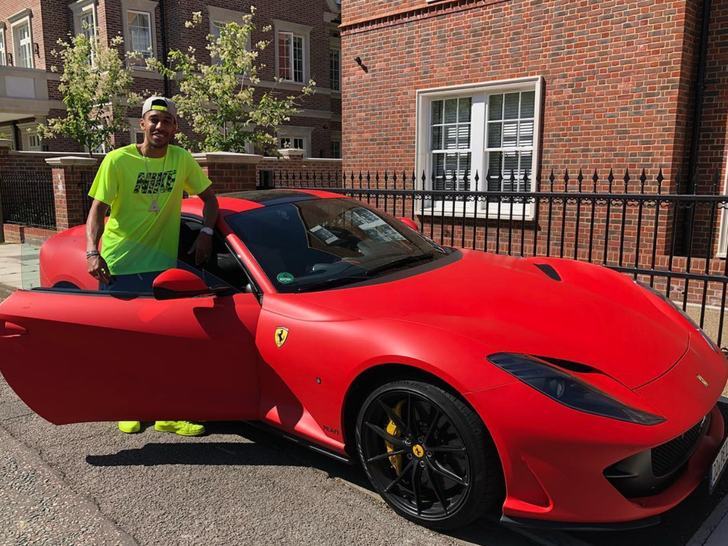 The photo opp comes as Aubameyang is in talks with Arsenal on getting a new deal reportedly worth $326,500 a week … so stay tuned for more cars.