Mahindra Thar has been a dream car for many off-road enthusiasts in the country. The last generation Thar was and is still very popular and now Mahindra has introduced the latest generation in the market. It is officially unveiled and the prices will be announced on 2 October. We got a chance to experience the new Thar in city conditions last week, and if you want to check that review click here. Mahindra Thar has always been a vehicle that makes people turn their heads on road. With the updated design, the all-new Thar makes  even people with expensive supercars turn their heads, and here we have one such video.

The video has been uploaded by BikeWithGirl Official on her youtube channel. The video starts with the vlogger reviewing the all-new Mahindra Thar. Suddenly a bunch youngsters in Lamborghini Huracan stop by and start checking out the new Mahindra Thar. According to the vlogger, he was pretty impressed with the new SUV and left the spot saying that he might add a Thar to his fleet. Mahindra has extensively worked on the Thar and the improvement is visible both on the outside and inside.

It is now built on a brand new chassis which will be seen in next-gen Scorpio as well. It has become bit more modern and offers features like a factory fitted hard top, touchscreen infotainment screen, front facing rear passenger seats, automatic transmission and so on. All these features are being included in Thar for the first time. It is now wider and longer than the older generation too. 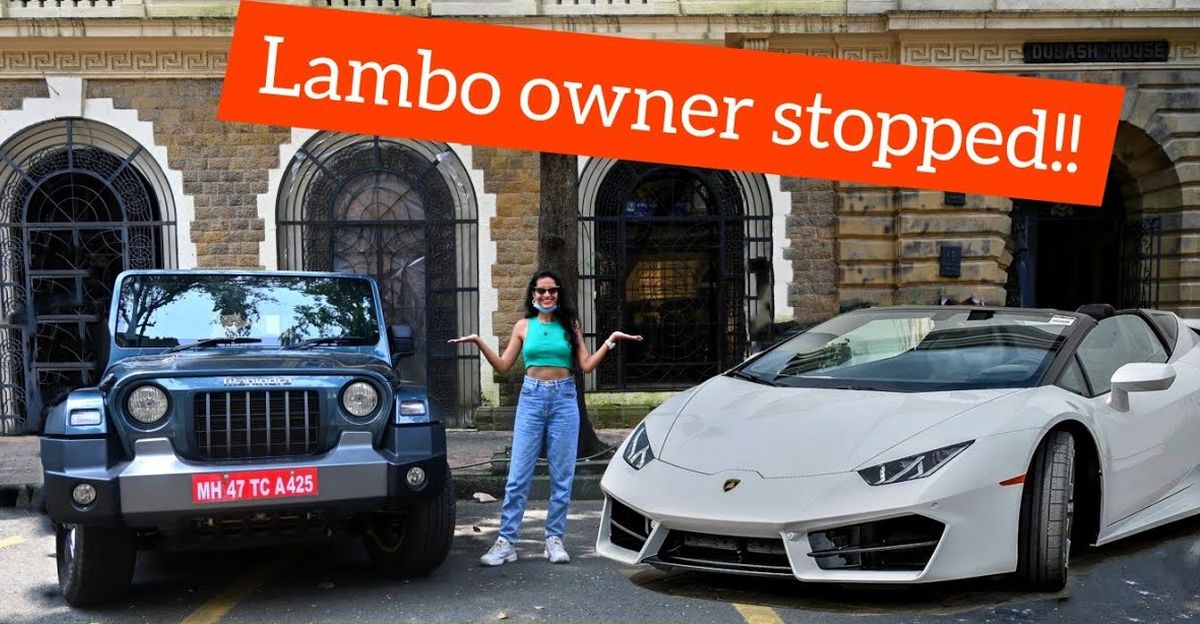 Mahindra has managed to bring a balance between rugged looks without compromising on the features. In the same video, another Mahindra Thar owner (old-gen) can also be seen stopping and talking about the Thar. For him, Mahindra Thar is actually a dream and just like Royal Enfield motorcycles, Mahindra Thar also has a cult following no matter no matter how crude it is.

Things have changed with the new gen Thar. It now comes with a petrol and diesel engine option. Both petrol and diesel will offered with a proper 4×4 transfer case and automatic gearbox options. The Mahindra Thar is definitely a head turner but, we are not sure whether the Lamborghini owner stopping to checkout the all-new Thar had happened for real or was scripted.