Ford Endeavour is one of the popular full size SUV available in the Indian market. Ford recently updated the Endeavour to meet the new emission norms. The BS6 version of the Endeavour competes with the likes of Toyota Fortuner, Isuzu MU-X and Mahindra Alturas in the segment.  Ford is now planning to launch a new sport trim of the Endeavour in the market. Ford will launch the Endeavour Sport on 22 September. The SUV has started reaching dealerships and here we have a video that shows what all has changed in the Sport edition in comparison to the regular Endeavour.

The video has been uploaded by India Revs on their youtube channel. The video starts by showing all the changes that are there in the Endeavour. As the name suggests, Endeavour Sport is a sportier looking version of the regular SUV. Staarting with the front, The chrome on the front grille has all been removed and now comes with a gloss black finish.

Similarly, the headlamps also gets black treatment on the inside to give it an aggressive look. The lower part of the bumper with silver has also bee blacked out including the skid plate. Moving to the side porfile, the main noticeable change is the blacked out 18 inch alloy wheels with a new design. The chrome plate on the side fender that says ‘Endeavour’ has also been given a gloss black treatment. The ORVMs, window lines all get a similar treatment including the foot board. There is a Sport sticker on the lower part of the rear door as well. 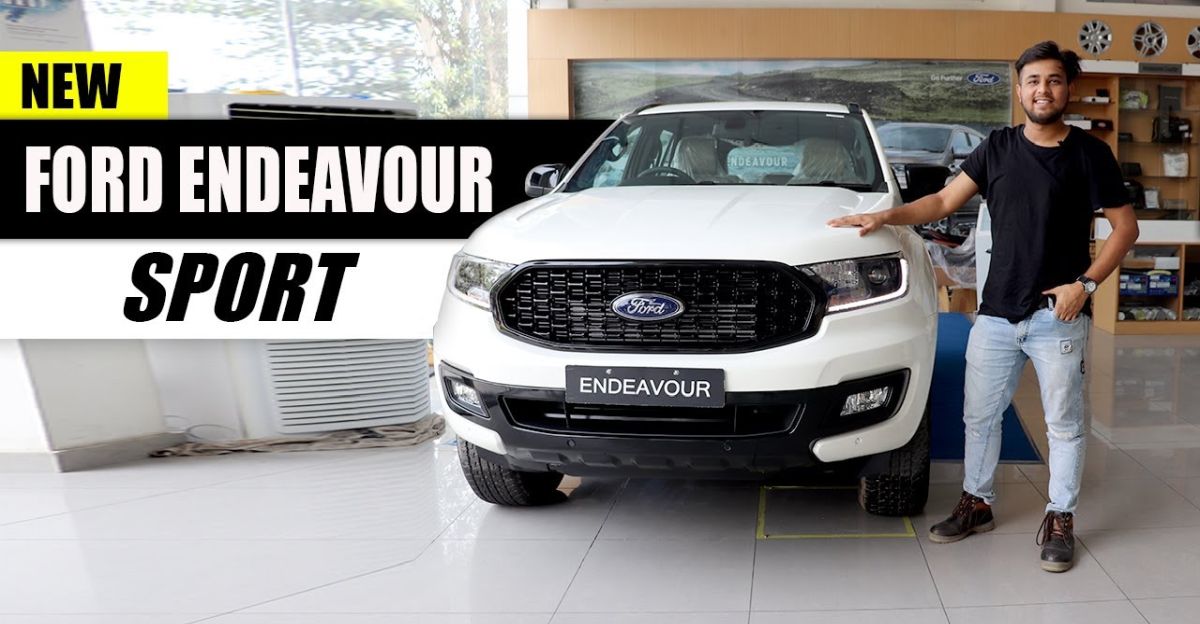 The roof rails have also been blacked out and at the rear, the split LED tail lamps are retained and the chrome strip running between the lamps have also been blacked out. The lower part of the bumper also gets a similar treatment. Apart from all these cosmetic changes, no other major updated have been given to the Endeavour. It still retains its SUV character and offers lots of space on the inside.

Ford Endeavour is now available with a 2.0 litre turbocharged diesel engine with a 10-speed automatic transmission. It is the only car in the country to get such a transmission. Prices for the Sport variant will be announced later this month and is expected to be a bit more expensive than regular Endeavour.

Also read: Toyota Fortuner SUV gets a Lexus body kit thanks to KitUp