In the early 2010s, the difference between diesel and petrol prices rose to a very significant 50 percent. Plus, diesel engines made their way into smaller cars — hatchbacks and premium hatchbacks. As a result, in 2013, diesel cars made up a whopping 47 percent of total car sales, according to global information provider IHS Markit.

For some buyers, the hangover continues. They still prefer diesel, largely because they think it saves them money. Maruti Suzuki sold 18% diesel cars and 82% petrol cars in 2019-20. Sales of diesel variants still made up nearly a third of car sales in India in 2019. 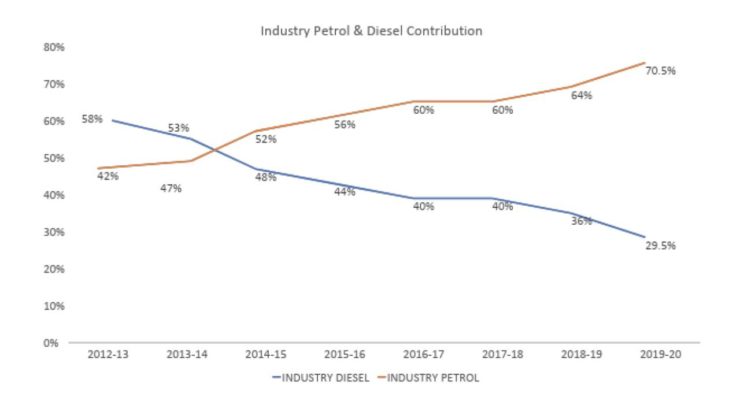 Consider this: At the time of writing, one litre of petrol costs Rs. 80.4while diesel is marginally lowerat Rs. 73.5 in Delhi. Thisis a far cry from the days when petrol prices were in the Rs. 60 range while diesel was around just Rs. 40. Gone too are the days when diesel beat petrol by miles, in terms of mileage.

It is not uncommon for a petrol-powered Maruti Suzuki car to return 24-25 kmpl. And it does so while being peppy and fun to drive, in addition to being so much quieter inside the cabin.

The numbers are stacked against diesel 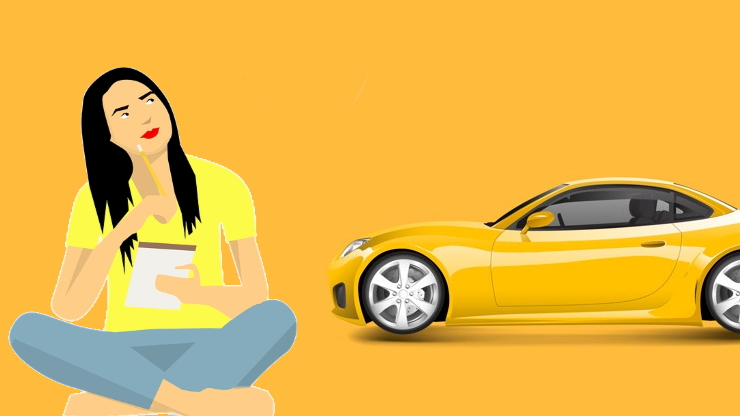 The on-road price difference between petrol and diesel turns out to be around Rs. 1.5 lakh for a premium hatchback. So, if you want to recover this extra Rs. 1.5 lakh, you will have to drive the car for 2.89 lakh kilometres.
That is a lot of kilometres. If you keep the car for five years, that would mean 57,901 kilometres a year or a 4,825 kilometre a month. Do you really drive that much?

How much do we really drive our cars?

In the Cartoq database of 128,578 used cars, collated from various online used-car platforms, we analyzed how much people actually drive their cars. Here are some numbers:

‘But those are averages, they don’t represent all buyers,’ you say. Right, so let’s look at the data distribution for diesel cars:

The nearly 5,000 kilometres monthly running/usage is usually taxi territory. Very few personal car owners, if any, drive their cars so much. The average monthly running of 1100 kms is pretty much what heavy users are likely to clock. And at that usage level, your savings in fuel over five years will be Rs. 34,196. In other words, by buying a diesel car, you are spending Rs. 1.5 lakh extra to save Rs. 38,535! Now, that’s a hangover — and an expensive one at that! Check out the petrol diesel calculator here