The video has been uploaded by MUNDODI VLOGS on their youtube channel. The video starts by showing the old Thunderbird with no modifications at all. Over a period of time, the paint and all the chrome bits on the bike had faded and the bike started looking old. The engine case, bend pipes, crash guard all had lost shine, and signs of rust had also started showing up.

The whole bike is stripped down and all the parts including the engine is taken down. After that the chassis of the bike is repainted and a new set of spoke wheels are also installed at the rear. The rear suspension is also installed. Similarly, the front forks have been installed and the mudguard gets black finish as before. Both front and rear get a set of new tyres apart from the spoke wheels. 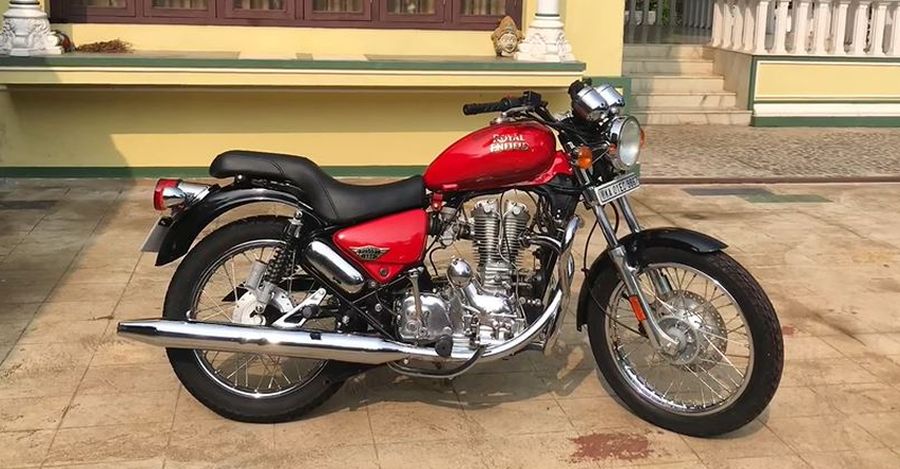 The engine on this bike was also repaired and after that was done it was neatly installed back. The engine case and rest of parts that had lost its shine were polished and was looking like brand new. The fuel tank and the side panels on this bike now gets a red paint scheme. This gives it a dual tone theme which is similar to the one seen that we had seen in Thunderbird X series motorcycles.

The handlebar on this motorcycle is different but, it still gets the twin dial instrument cluster. The crash guard on the bike has also been replaced with a new unit. The Thunderbird unlike other Royal Enfield motorcycles had a very subtle exhaust note. The headlamp, exhaust pipes are all polished and look brand new. The work done on this motorcycle looks very neat and almost all the parts that were commonly found in Thunderbird are retained.  Royal Enfield has discontinued 500-cc engines and is now concentrating more on 350-cc. The retro motorcycle brand will soon be launching a new 350-cc cruiser called the Meteor, which is likely to be a replacement for Thunderbird X in the market.