Kia’s third car in the Indian market – the Sonet will be unveiled officially on 7th August in India. The concept form of the all-new car was showcased at the 2020 Auto Expo and soon, the production version will be globally revealed. Since the success of Kia’s first car in India – the Seltos, there are many who have been waiting for a more affordable car from the brand and the Sonet will solve that purpose. Since it is already a much-hyped car in the market, a few dealerships have started taking the unofficial bookings for the car. 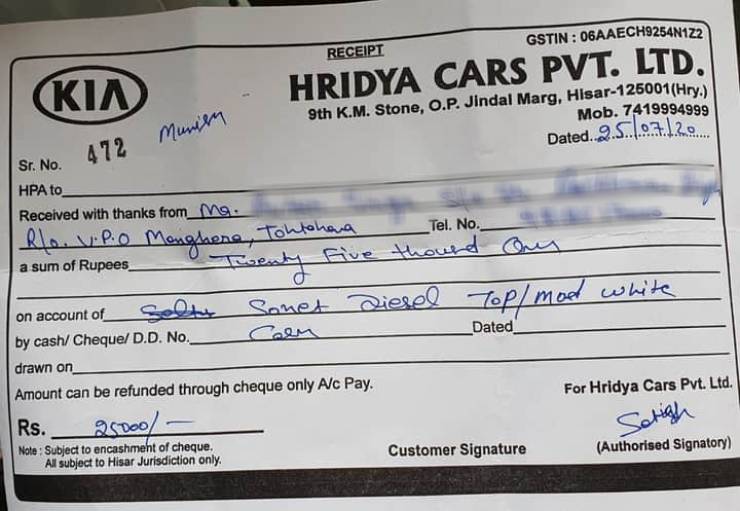 We have a booking receipt that shows that the dealers are charging around Rs 25,000 to take the advanced booking of the car. Even though Kia is yet to announce the booking amount or booking acceptance of the all-new Sonet, the dealers are taking advantage of the popularity of the car and are accepting bookings. Kia is currently registering the details of the interested customers through its official website in India.

The all-new Sonet is likely to get a long waiting period because of the popularity of the car. It is quite possible that you may have to wait for weeks even if you book the car early. Kia is likely to launch the car in September 2020 and the bookings are expected to open after the unveiling event. Kia will announce the details like variants and price sometime in September. 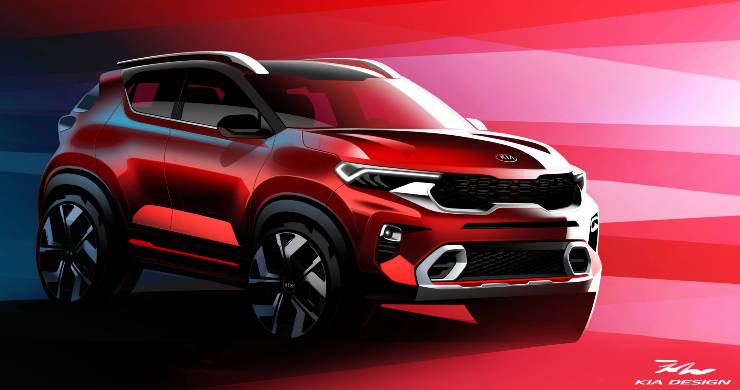 The most affordable car from Kia Motors in India will take on the likes of Hyundai Venue, Maruti Suzuki Vitara Brezza, Tata Nexon, Ford EcoSport and such vehicles in the segment. Kia has released teaser images on the exterior and a few sketches that show the cabin of the car. The exterior of the Sonet will look quite futuristic with sleek headlamps, big tiger-nose grille and more a reflector connecting both the tail lamps. The Sonet will offer a unique and fresh look in the market. The cabin of the all-new Sonet will come with a slew of features including the massive 10.25-inch infotainment system with BlueLink, Bose speaker system, digital instrument cluster and more such features. There is likely to be a long list of first-in-segment features like integrated dashboard camera and 360-degree view.

Kia will offer three engine options with the all-new Sonet. There will be a naturally aspirated 1.2-litre petrol engine and a 1.0-litre turbocharged petrol engine that will be available only with higher-end variants. The diesel variants will come powered by a 1.5-litre engine. Kia will offer IMT and DCT automatic as an option with the petrol variants while the diesel engine option will only get a manual transmission.