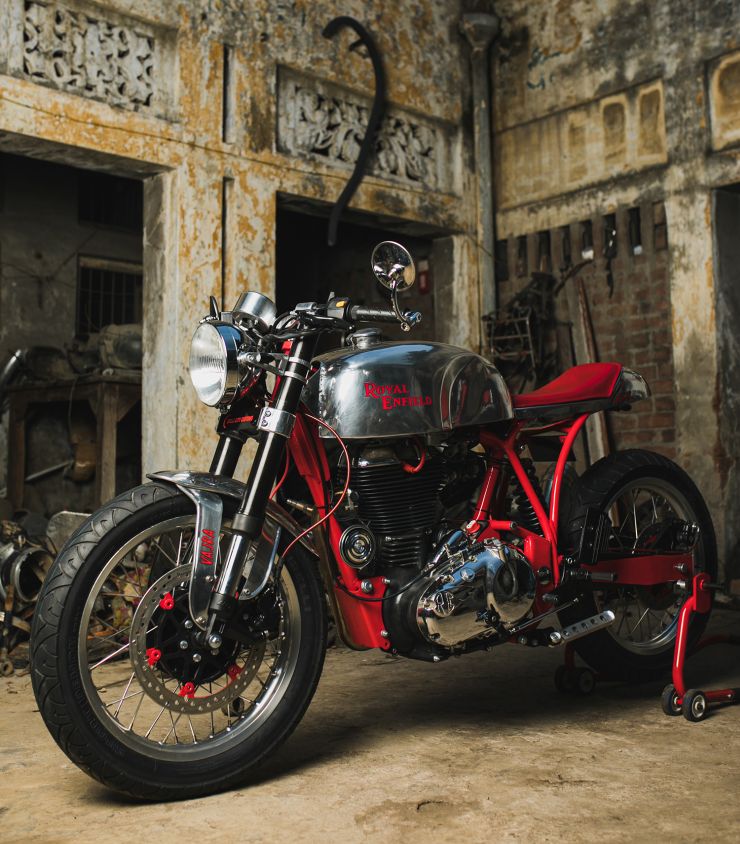 The motorcycle seen in the images- Vajra, started its journey as a humble Royal Enfield Classic 500. It looks nothing like that now. The bike has been modified by Punjab’s Ludhiana based Cycle City Customs and the looking at it, it looks like they done a pretty good job of it. The bike has been completely transformed and now looks more like cafe racer. Not even a single panel on this bike reminds us of the RE Classic 500. The fuel tank and the rear tail section section has been modified and gets a shiny aluminium finish to it. It is now a single seater motorcycle an the chassis gets a bright red finish.

The rear sub-frame and swing arm have been modified for better handling. Other components like the suspension and braked have also been modified. It now uses the front fork set up from a KTM and the rear gets a monoshock. It also gets a low-set clip on handle bar for that proper cafe race like seating position. The front discs are now of bigger size and the rear drum brakes are also replaced with a disc unit. 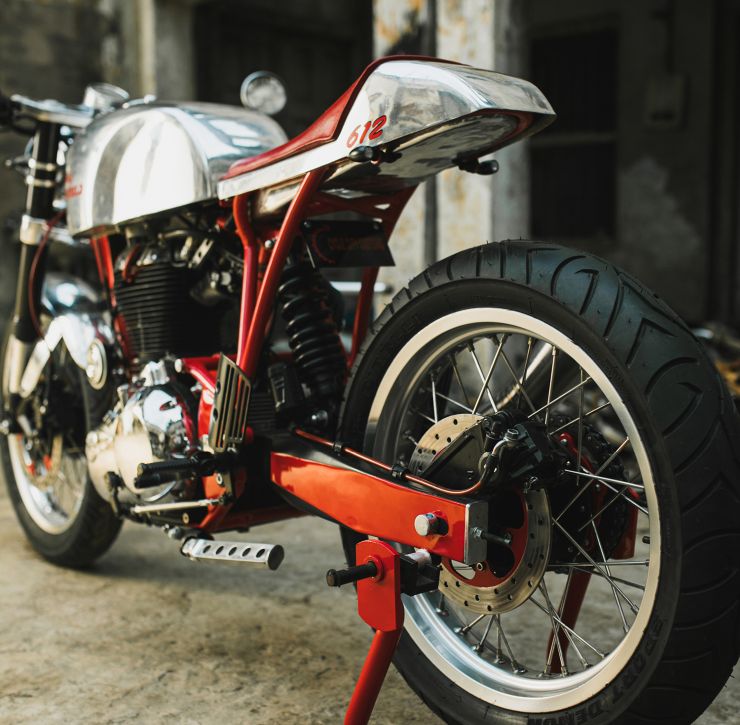 Vajra as mentioned above, gets modification in the engine too. The 500-cc, single cylinder engine receives a big block which increases the capacity to 612-cc. The stock engine on Classic 500 used to produce 27.2 hp and Vajra generates 40 hp which is a huge jump in power. Other upgrades that the motorcycle gets are K&N air filter, high-compression pistons, Dynojet PC5 plug-in ECU, quick shifter, custom exhaust and so on. 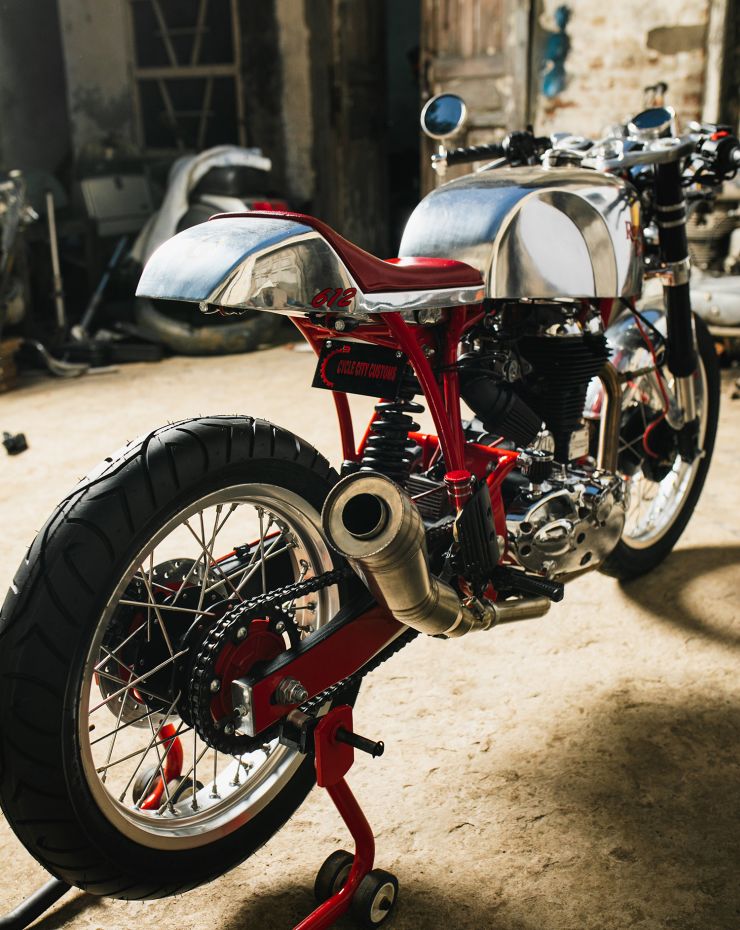 With all these modifications in place, the motorcycle has lost almost 43 kilograms and weighs 154 kgs only. This bike with a lighter body weight and much more powerful engine is capable of reaching the top-speed of 180 kmph. Overall, the work on this motorcycle looks very clean and will definitely make you turn your heads.