(Photos: Ryan Welch) In a combined 26 months of time spent in Iraq, both times in heated, tense months where things were very volatile, hearing bomb blasts was a common occurrence. Mortar shells just thumped unless they were close. Rocket impacts at the test range were pops. The car bombs, though…oh, man. We’re talking about a shockwave so fast and violent that your whole body has something to say about it. We’re talking about a blast so loud that you’re all but proof-positive you qualify for a legitimate VA rating for hearing loss. We are talking about a sound so loud and out of seemingly nowhere with no warning, that losing bowel control would be understandable. I’ve had my bell rung a few times over the years.

But I promise you, readers, there is always a spot to trump what you think is the “best of” moment. And without question, the sound of an acetylene tank exploding in the back of a car that’s parked right next to the fuel pumps at a Sunoco station is the ultimate trump card until you move on to nuclear events. I wouldn’t even be ashamed to admit that I needed a change of shorts at that point. A bomb going off at a gas station? You’ll see me move out like Usain Bolt hearing gunfire nearby, I can promise you that. 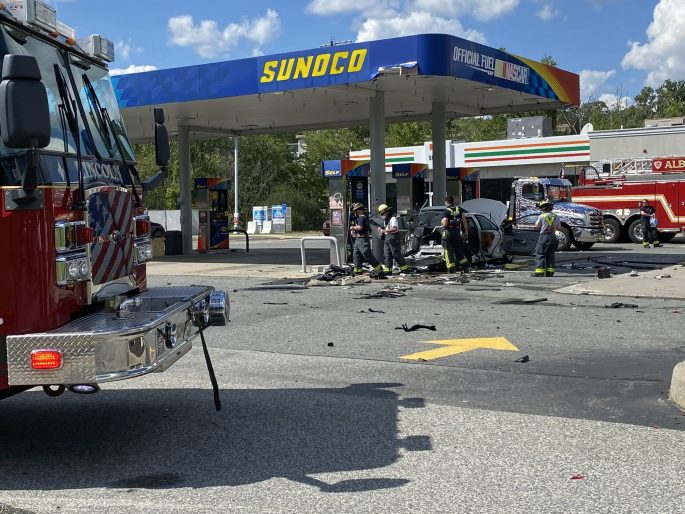 This happened in Lincoln, Rhode Island, when a plumbing company’s car rolled up to fill up with a tank of acetylene in the trunk that had a teeny, tiny little leak going on that nobody noticed…right up until the driver of the car hit the switch for the fuel cap unlock and suddenly all hell broke loose in a grand fashion. The driver of the car got a laceration to an arm and is expected to be alright, and a cop who was parked nearby was credited with keeping things from going full South Hell on everyone, running over with a fire extinguisher to douse the flames before a repeat of the Buddy Repperton scene from Christine took place.

The explosion is still under investigation as an “industrial accident.” Yikes. 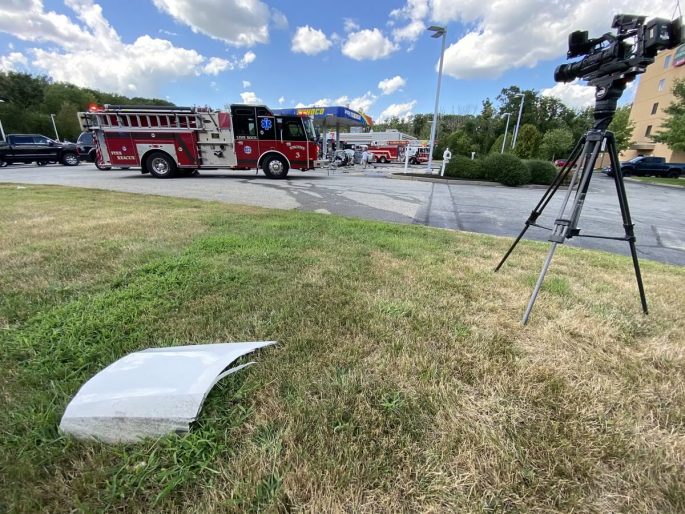 The post That’ll Wake You Up: Car Explodes At Gas Station Thanks To Leaking Acetylene Tank appeared first on BangShift.com.

124 thoughts on “That’ll Wake You Up: Car Explodes At Gas Station Thanks To Leaking Acetylene Tank”