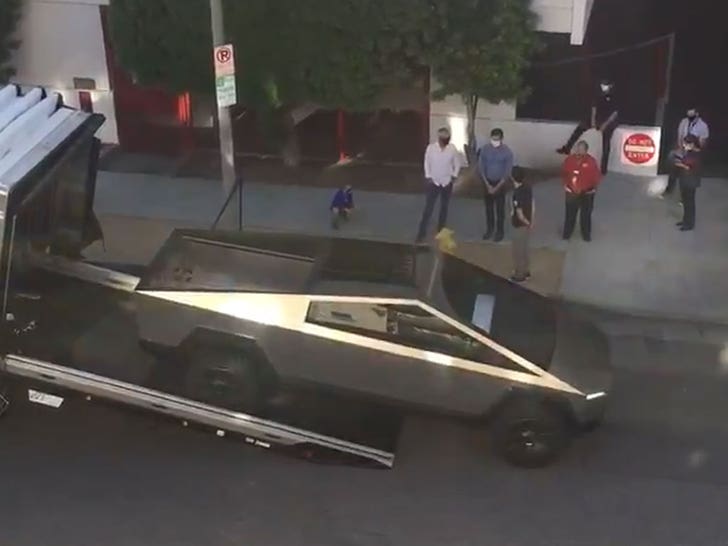 Elon Musk‘s newest sweet ride has gone from the Tesla stage to the public stage — ’cause his Cybertruck made what appears to be its public debut for the first time this weekend.

The Cybertruck was rolled out (literally) this weekend in L.A. and put on display for public viewing at the Petersen Automotive Museum — where tons of cool and historic whips are featured for an up-close-and-personal viewing. And for now, the Cybertruck is one of them.

Sounds like this would be one of the few times anyone besides a Tesla employee has gotten to inspect this beast of a vehicle in detail and with their own eyes. Of course, Elon and co. did an up-and-down unveiling in November, but since then … the car’s been mostly MIA.

Welp, the good folks over at Electrek did the hard work of going to check it out for themselves … and they did a proper write-up on what they found upon seeing it in person.

Long story short, they say it’s about as cool as it looked the first time it was shown off — and it’s actually not all that intimating when you get a closer look. Electrek breaks down all the features that Tesla revealed in the fall — and got some sweet close-up shots of the exterior.

They note it’s pretty freaking big, but not all that imposing when you’re right up next to this thing. Despite its out-of-this-world design, Electrek notes a lot of the car parts are very much so of our time and are quite practical. The steering wheel and side mirrors are bit different (or non-existent) which leads to questions about how it’ll actually drive on the road.

Time will tell, we suppose. In the meantime … LOOK 👀