FILE UNDER: Things you NEVER want to see your star left tackle do.

San Francisco 49ers star offensive lineman Trent Williams posted video on his IG story which appears to show him in the driver’s seat pushing 125 MPH in a super-expensive Ferrari … and it’s concerning, to say the least. 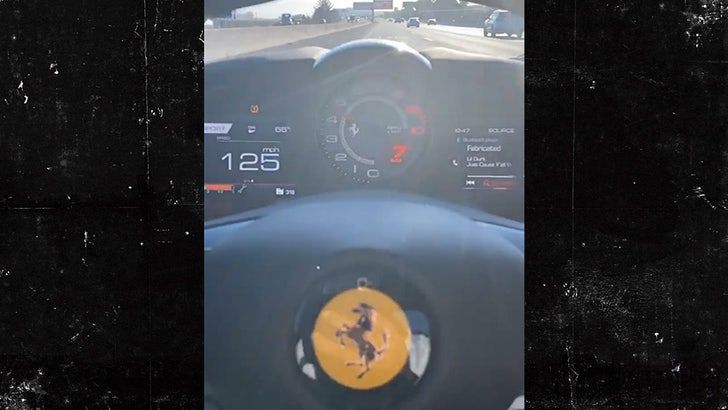 The video is shot by the driver as the speedometer ticks upward from the 90s into a top speed of 125 — and you can see the whip racing by other vehicles on the Freeway.

Obviously, the driver is smashing speed limits and endangering other drivers — all while Lil Durk‘s “Fabricated” blasts in the background.

We reached out to Williams for comment but haven’t heard back yet.

It’s important to note, Williams recently posted a photo with what appears to be a 2019 Ferrari 488 Pista … and the IG story video looks like the same car.

Of course, we’re pretty sure Kyle Shanahan and John Lynch ain’t going to love seeing this … especially after they traded draft picks to Washington to acquire the guy in April.

Also, remember NFL star Jason Pierre Paul got into a bad accident while behind the wheel of a Ferrari 488 Pista back in May 2019 … suffering a neck injury that required major surgery.

Williams is a potential future Hall of Famer — he’s made seven Pro Bowls in nine seasons … but sat out all of 2019 over a dispute with Washington because he says team docs misdiagnosed his cancer.

Williams is expected to be a huge piece of the Niners’ offensive puzzle this season … with players and coaches already raving over him at S.F.’s training camp this month.