On September 3, 2020, Jeep’s “Grand Wagoneer” nameplate will return as a full-sized luxury sports-utility vehicle, a body-on-frame unit that sits on Ram 1500 bones. We keep seeing little tidbits here and there as the company does the slow rollout deal like they did with the Challenger SRT Demon, a dab here and a dab there until it’s time to show you the whole thing all at once. We’ll wait until it breaks cover before showing it to you, but are we that interested in the new rig? Well…yes. Yes we are. But do we need the new rig? Well, chances are good that finding an older Grand Wagoneer might cost you the same money. There was the one that sold at Barrett-Jackson earlier this year for $110,000 and collectors and hipsters alike have been trying to fix up and clean up every last Cherokee and Wagoneer they can get their hands on. 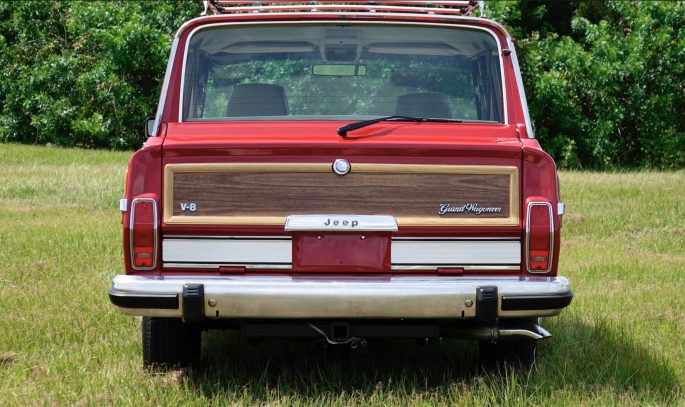 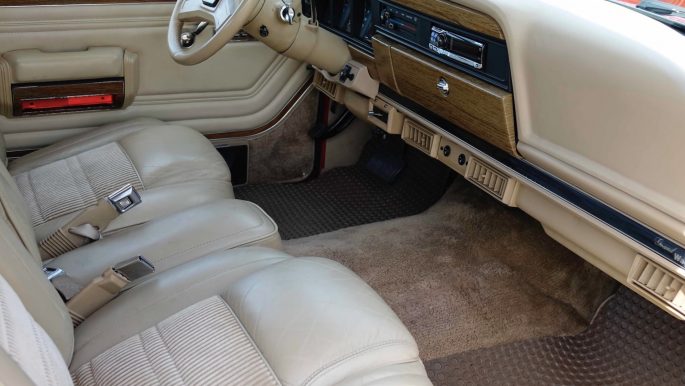 But if you’re going to spend a load of money on a Grand Wagoneer that uses the same structure that came out when Jeep had the word “Kaiser” before it, shouldn’t you be buying something a little more special than an Iacocca-ized FSJ? We think so. Look, the Grand Wagoneer is a vehicle to aspire to own. They had old-school utility blended with luxury and creature comforts, and they were handsome in the same way some square-jawed Canadian wearing a red flannel shirt would be. But you’re either buying the old-school truck or the luxury SUV history. You aren’t buying performance…the AMC 360 drank fuel like none other but was passable for the time period, nothing more. 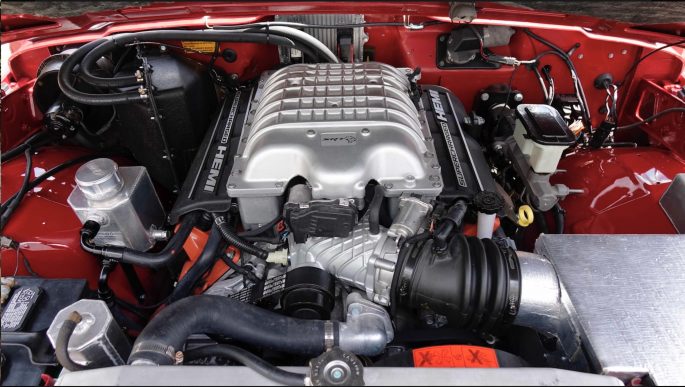 The red paint isn’t a clue, it’s the original color. The V-8 badge isn’t a clue, they all had them. On the outside, it’s a super-clean Grand Wagoneer with a rarely-seen color, the wood paneling treatment, and the light tan interior that looks to be in mint condition. Go underhood though, and yes, that’s correct: 707 horsepower courtesy of the 6.2L Hellcat engine, bolted to a built 727 automaticIt’s one of the most wicked restomods we’ve ever seen. You have Vintage Air. You have no outside tells (except for the exhaust note, of course) and you’ll be laughing like an idiot every time you hit the throttle.