In the last one year we have seen a lot of new entrants in the mid-size SUV segment. MG Motor was one such brand who launched Hector SUV in the market and quickly became popular. The brand and SUV became so popular that MG had to stop accepting bookings from customers as they were not able to meet rising demand. Later, the car had a long waiting period and now it is a very common sight on our roads. Here we have a video from Hector owner who describes the experience of owning the SUV and also the cost of servicing it at 15,000 kms.

The video has been uploaded by Jitendra Singh on his youtube channel. The car seen in the video belongs to the vlogger itself. he starts by sharing the overall experience with the car after 15,000 SUV. He is very much satisfied with the car in terms of drive, quality, comfort and features. He also mentions that he has not faced any problem with the car so far.

The owner then goes on to say that he has a daily running of over 100 kms and the diesel Hector SUV is returning him a fuel economy of around 17-18 kmpl which includes driving in both city and highways. If it is driven in highways it can easily return around 20 kmpl and in city conditions it gets 13-14 kmpl. The 2.0 litre turbocharged diesel engine in Hector generates a maximum of 170 Ps and 350 Nm of torque and comes with a manual gearbox only. 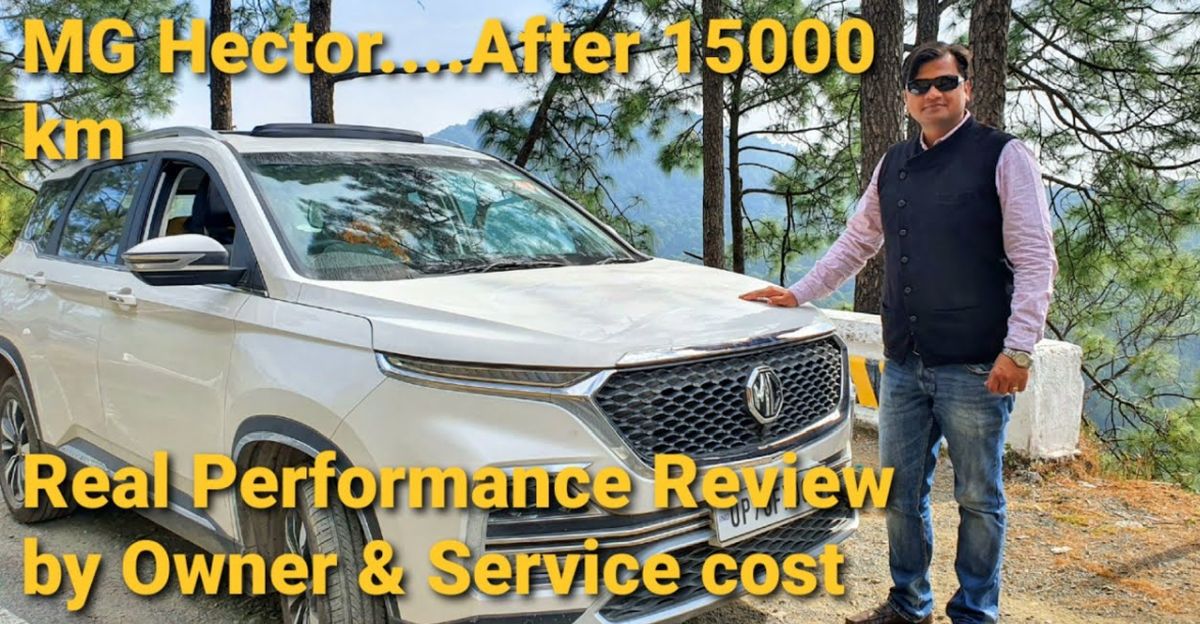 Then the video shows the servicing part of the Hector inside the service centre. This is a regular service that is done to the Hector diesel at 15,000 kms and the same service is done for petrol version at 10,000 kms. In this service all the nuts and bolts are tightened, the break pads are all checked, wheel alignment, balancing is done. The engine oil, fuel filter, oil filter, air filter are all replaced as part of this service.

The overall cost of servicing the MG Hector diesel according to the video was around Rs 6,500. MG Motor is also offering service plans to its customers to make this much more easier and affordable for the customers. Overall, the owner is very satisfied with the servicing as well as the ownership part of MG Hector.