Lewis Hamilton‘s fight for social justice made its way to Formula 1’s victory podium Sunday … the racing star raised his fist after a dominant win and then pledged to spend the rest of his life working to end racism.

The impactful scene all went down in Austria … where Hamilton destroyed the field at the 2020 Styrian Grand Prix and then used his victory spotlight to push for racial equality.

“Racism is going to be here for longer than our time here,” Hamilton said after the win. “People of color who are subject to racism don’t have time. We have to commit to push for equality and continue to raise awareness.”

“A lot of work needs to go on in F1, the FIA needs to be part of it, the drivers need to be a part of it. We are going to be fighting and pushing for it all year. For me, this is going to be a lifelong thing.”

Hamilton raced with a Black Lives Matter emblem on the front of his helmet … and he and other drivers also took a knee to show support for the movement prior to the race as well. 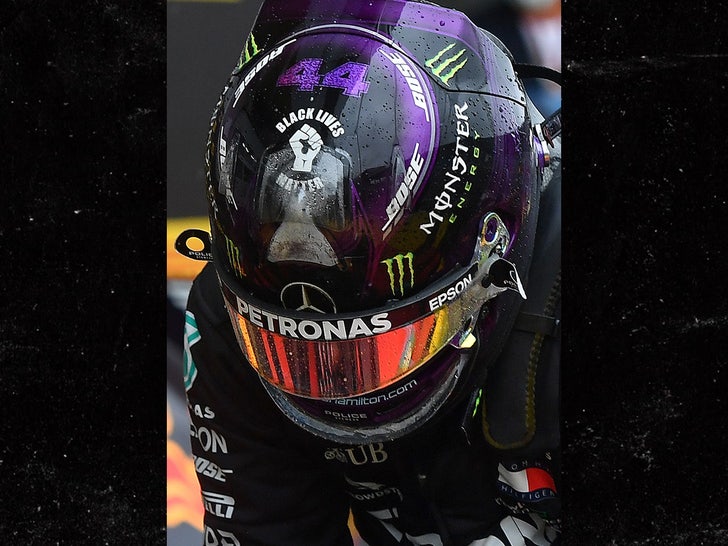 Hamilton has been one of the most vocal athletes in the BLM movement … even repainting his car and redesigning his uniform earlier this month to raise awareness for the cause.

“We stand together,” Lewis tweeted after Sunday’s race. “The team today took the knee which was just amazing to see that together we can learn and be open minded of what’s going on in the world.”

“Thank you to everyone in my team and to you #TeamLH, I appreciate all of your support and your positive messages.”