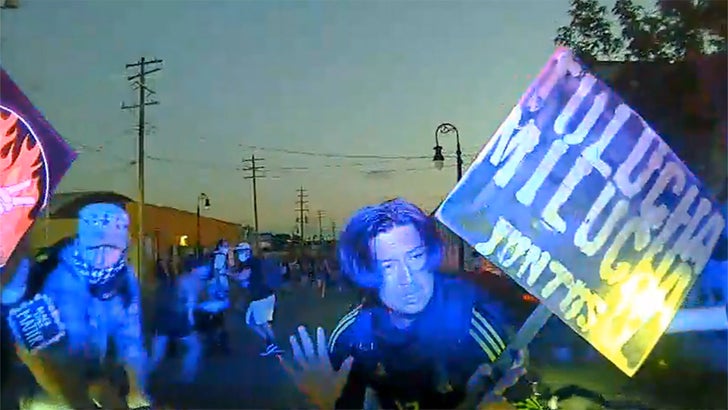 Craig said the officers heard a loud bang — after the rear window was smashed — and “in their mind, they believed they could be shot at.” Craig also said the agitators yelled obscenities at them before some hopped on the hood of the car. 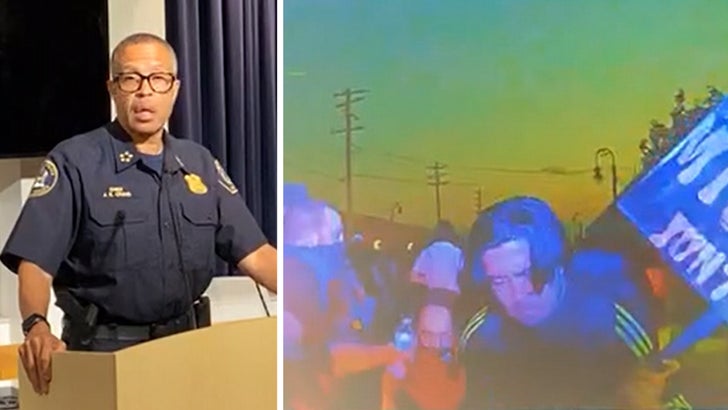 When the police cruiser took off, Craig said it maxed out at about 25 MPH and asked reporters, “What would you have them do?” Craig, who confirmed the officers involved remain on duty, said cops are also looking for a woman on a scooter who blocked a second police cruiser and hit the driver’s side tire. The incidents remain under investigation. 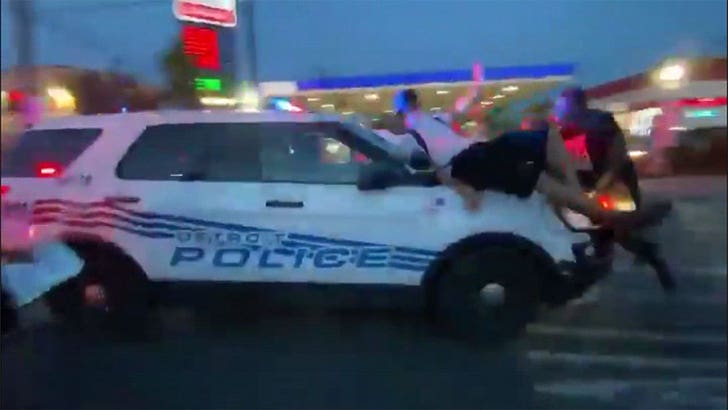 Yet another video showing a police officer mowing down Black Lives Matter protesters … this time in Detroit where the cop in his cruiser’s doing exactly that.

The horrifying incident unfolded late Sunday night in Southwest Detroit where protesters were peacefully demonstrating against systemic racism. They were heading back to Patton Park, where the protest began … but met by cops who were determined to block them.

A tense standoff between protesters and the cop in his SUV followed. You can see the officer creep up in his car with protesters standing in front of the cruiser — then the cop FLOORS it … mowing down protesters along the way. You see a protester clinging to the hood of the SUV as the cop takes off.

A protester who says he was hit by the cop told the Detroit Free Press the cop “ran over a couple people’s arms, feet. He ran over her phone. I think I was the last person on the car. I was just holding onto the car. I could feel him speeding up and then he did one of these and he flinged me off the car.”

Medics treated as many as 10 people on the scene following the incident.

The Detroit PD says it’s investigating the incident. This violent clash is reminiscent of what went down in NYC earlier this month when cops were seen on video driving their cruisers into a crowd of protesters behind a barricade.