Mahindra unveiled the all-new Thar earlier this month and it has become the latest talk in the town. Even though the all-new Mahindra Thar will be launched in India, it will be exported a few international markets too. The popularity of the Mahindra Thar is quite much around the world, especially in the USA where Mahindra launched the Roxor sometime back. The interest has grown even more after FCA filed a lawsuit against Mahindra for taking inspiration from Jeep Wrangler. Mahindra lost the case because of which they had to change the design of the Roxor. But what do the international publications think about the all-new Thar? There are a few articles and even a video on the all-new Thar. Here are three of them.

Jalopnik – All-New Thar Has Been Civilized

Jalopnik says that the all-new Thar’s most dramatic change is the independent front suspension. Jalopnik adds that even though Thar and Wrangler have developed from the same original source, the Thar has its own identity and is free of cultural burdens of Jeep. This ensures that Thar is more comfortable and quieter on paved roads. Jalopnik also says that the exterior of the all-new Mahindra Thar looks like the 90s Jeep Wrangler TJ.

The biggest, most dramatic change in the Thar—even if it’s one that’s not really visually obvious to most people—is that it now has independent front suspension. This would be pretty unthinkable on a new Jeep Wrangler, but the Thar, even though springing from the same original source as the Wrangler, is less saddled with the cultural burdens of a Jeep, so when Mahindra decided they wanted something that was more comfortable and quieter on paved roads, this decision makes sense.

TFLoffroad – Mahindra Thar Is Like A Wrangler, Except Where It Isn’t 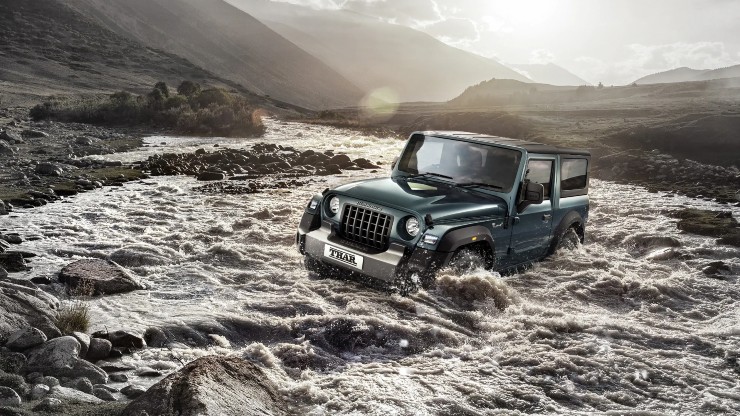 Carscoops says that the Mahindra Thar is a copy of Jeep Wrangler and even the interior is heavily inspired by the American SUV. Mahindra says that the vehicle has similar seven-slat grille in the front and it even gets Jeep-like headlamps and front-end. To read the full review click here.

385 thoughts on “All-new Mahindra Thar: What the world thinks about it [Video]”