Kia Motors unveiled the production version of the all-new Sonet in the Indian market earlier this month. The all-new Sonet will go on sale next month and that’s when the prices and variants will be announced. However, before the launch, a leaked brochure of the upcoming car has revealed all about the upcoming car. Here are the details. 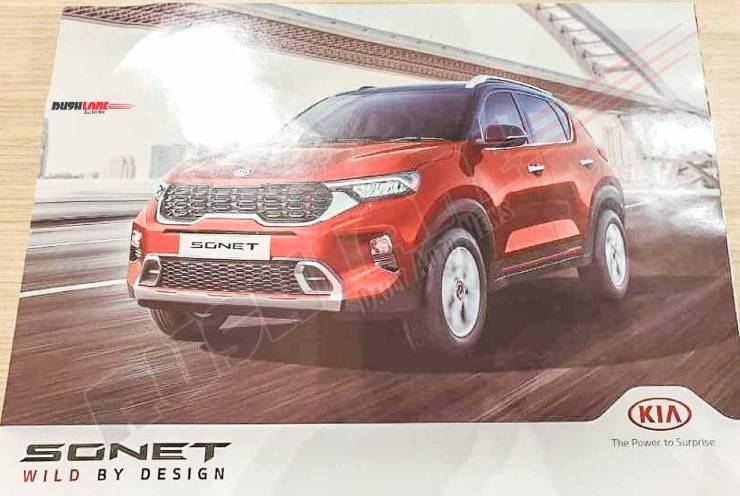 The brochure of the all-new Kia Sonet comes from Rushlane. It reveals that the car will be offered in two series – Tech Line and GT Line just like the Seltos. The GT Line variants will get dual-tone exterior with red accents. Also, the GT Line variants will come with all the high-end features like the LED headlamps and tail lamps, Bose speakers and more such features. 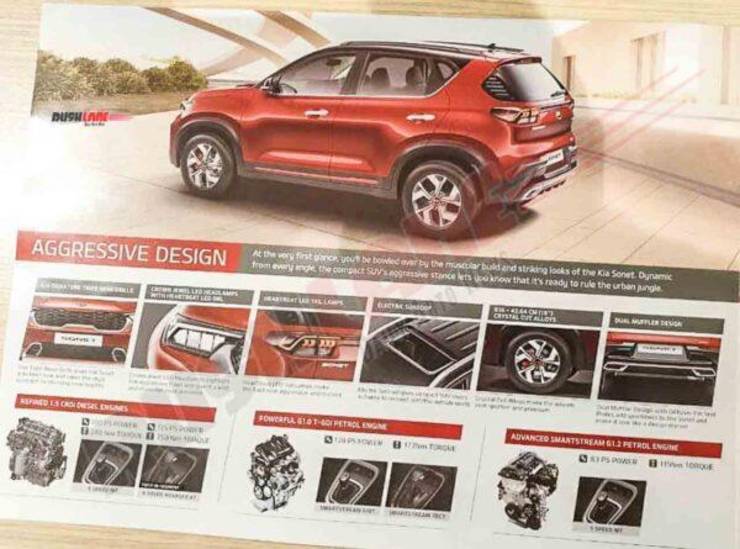 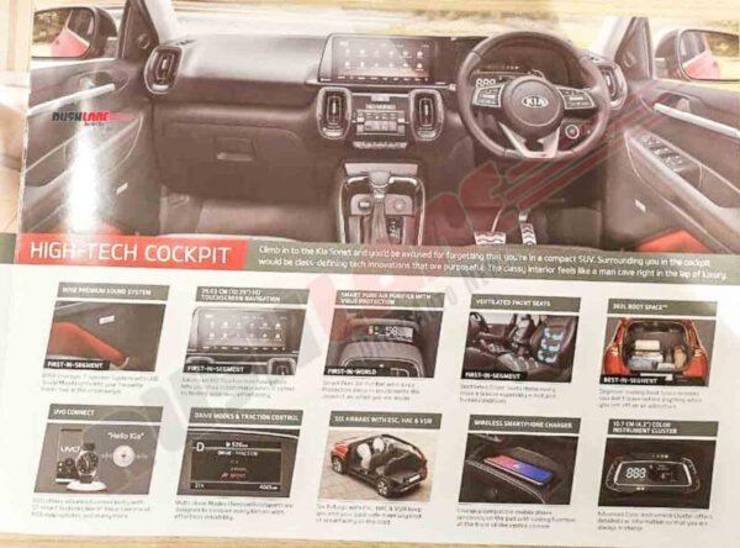 The brochure does not list out the variant details of the upcoming Sonet. However, it highlights the features like the biggest touchscreen infotainment system in the segment, ventilated front seats, integrated air purifier with the display, UVO connect, electric sunroof, wireless mobile charging system, traction control system with terrain mods, drive modes that will change the power output and throttle response and steering feedback. The car also gets a tyre pressure monitoring system with front parking sensors. Also, the full-LED headlamps and tail lamps have been highlighted. 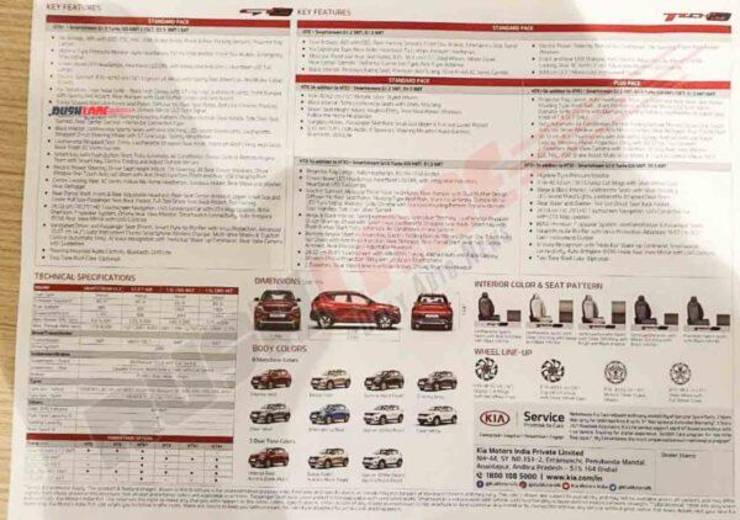 Kia Sonet will take on the likes of Tata Nexon, Hyundai Venue, Maruti Suzuki Vitara Brezza and the likes in the segment. It will be the third and most affordable product from the brand in the Indian market. Kia will soon announce the official bookings for the Sonet and the price announcement will happen next month.