Mahindra has lifted the covers from the all-new Thar and there have been quite a few discussions related to the all-new SUV. Mahindra has revealed two series of the Thar – AX and LX and both of them are two-door iterations just like the first-generation model. Since the all-new Thar is based on a new platform, many enthusiasts thought that there would be a four-door version of the Thar, which will allow easy access to the rear seats.

According to T-BHP, Mahindra is now working on a five-door version of the Thar, which is likely to be launched in the coming months. If true, this will be the first time since the launch of the Thar in 2010 that Mahindra will offer four-door for the first time ever.

The all-new generation of Mahindra Thar remains close to its original DNA but it has become longer and larger than the original version of the SUV. However, to ensure that the vehicle remains capable on the off-roading tracks, the wheelbase is not too long. The longer wheelbase four-door version of the all-new Thar will make accessing the rear seats much easier. Currently, getting into the rear seat requires entering the vehicle from the front and reaching the back. While it may look pretty simple, it will be a big task for many. 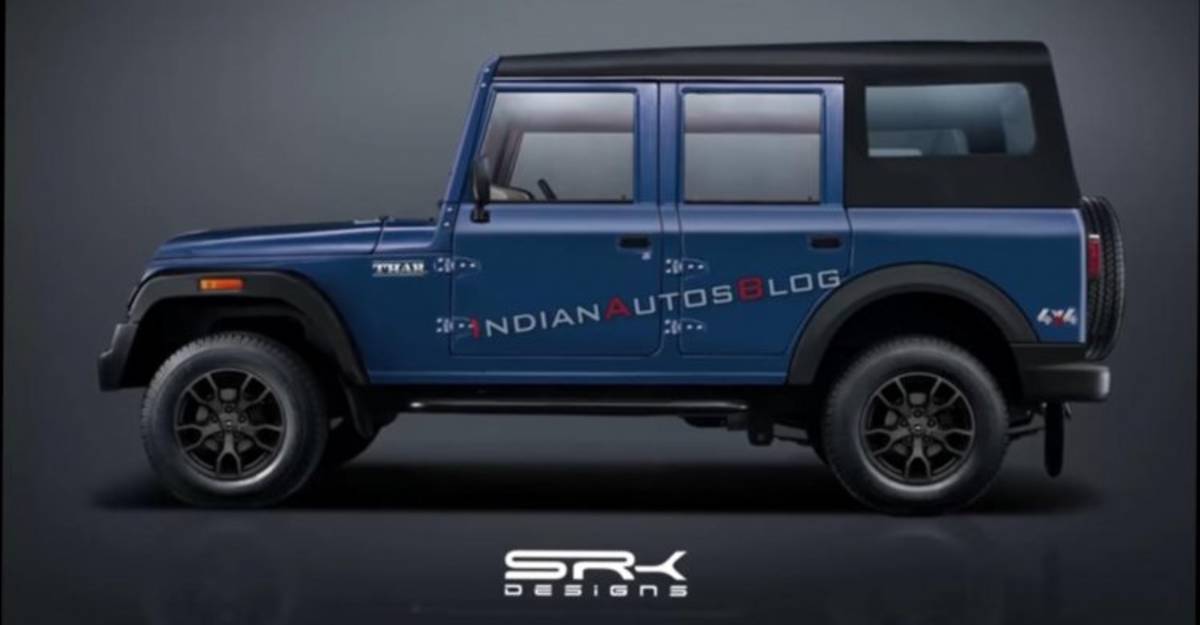 The all-new Thar gets 4X4 as a standard with all the variants. However, we may get to see 4X2 layout with the long-wheelbase version. We may even get to see a 4X2 version of the regular two-door Mahindra Thar. The all-new Thar is based on the Gen3 chassis, which also underpins the Scorpio. However, the chassis has been modified sufficiently to make it more off-road friendly.